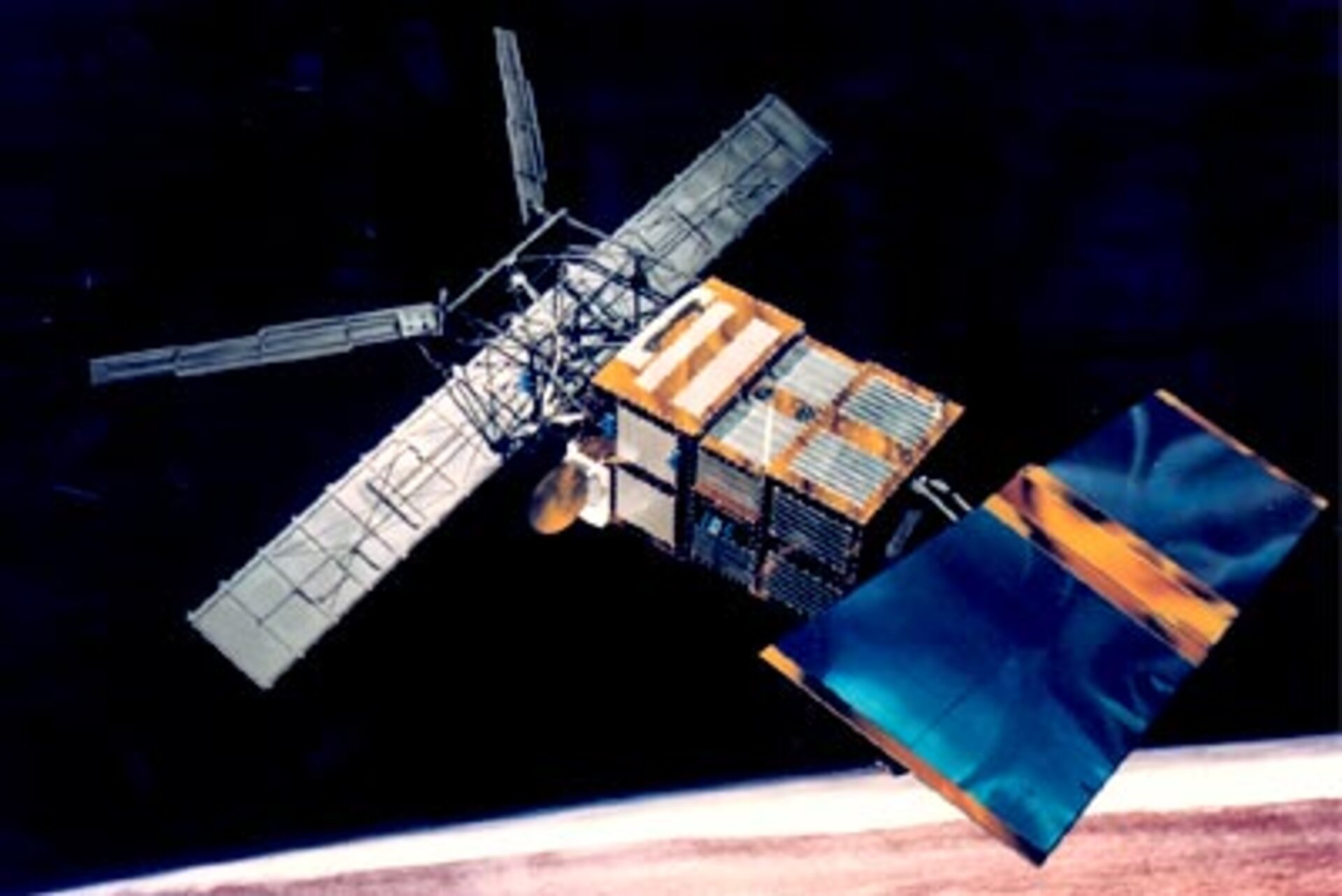 Viewing results from a decade of ERS-2:

The spacecraft: ERS-2 was launched from French Guiana on an Ariane 4 during 21 April 1995. A successor to ERS-1, it carried one new instrument, the Global Ozone Monitoring Experiment (GOME).

Flood: ERS-2 has often been used in the context of the International Charter on Space and Major Disasters. This ERS-2 SAR image shows the confluence of Elbe and Vltava rivers in the Czech republic, north of Prague. It is a multitemporal composite view combining an ERS-2 image acquired before flooding (07 August 1998) and an ERS-2 image acquired during flooding (16 August 2002).

Scatterometer: ERS-2 carries a C-band scatterometer, capable of measuring ocean surface wind fields even in the fiercest of weathers. On 23 April 2004, around midnight to the west of Ireland, a complex low was developing. The red arrows show near-real time ERS-2 scatterometer wind speeds up to 15 m/s and a cyclonic wind direction. There is a significant improvement on the three-hour forecast (blue arrows) which shows only one cyclonic centre and no shear line.

Ground stations involved in ERS-2 data acquisition: Since the failure of the satellite's Low Bit Rate onboard recorder in 2003, a growing global network of ground stations has been voluntarily receiving and distributing its data in near-real time.

Ozone Monitoring: The GOME instrument on ERS-2 provided the first European trace gas measurements from space, enabling observations of high latitude 'ozone holes' at both latitudes. Because the data are available on a near-real time basis, they can be used to monitor events when low levels of ozone lead to an increase in the risk from the Sun's ultraviolet radiation.

Sea Surface Temperature: ERS-2 Along Track Scanning Radiometer (ATSR) image of the Gulf Stream off the US East Coast. Warmer waters are red, with colder northern waters shown in blue and green.

El Nino: The combination of ERS-2's ATSR and Radar Altimeter mapped temperature and height abnormalities arising from the 1997 El Nino event in the Pacific.