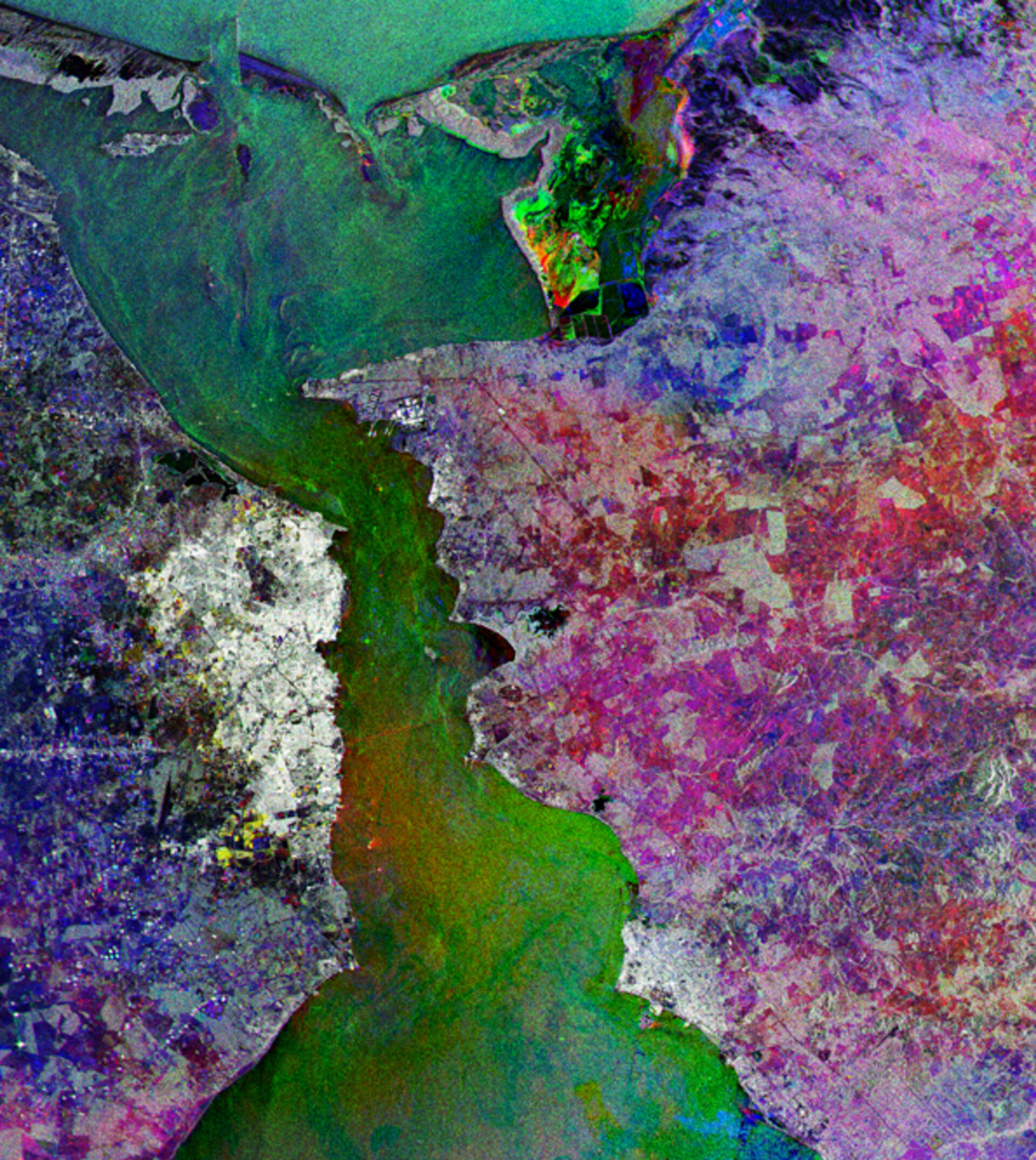 Envisat radar composite of the port of Maracaibo in Venezuela

This Envisat multitemporal radar composite shows the port of Maracaibo, positioned on the west side of the narrow strait that links oil-rich Lake Maracaibo - the largest water body in South America - with the Gulf of Venezuela in the Caribbean Sea.

With an area of 13 210 square kilometres, the vase-shaped Lake Maracaibo extends some 180 kilometres inland, the neck of the vase being this 55-km-long strait that connects it to the open sea.

Lake Maracaibo is generally considered the largest lake in South America, although by some estimates it should be considered an inland sea since it has a direct connection with the ocean – a connection strengthened in the 1950s when the strait was dredged.

Maracaibo is one of the oldest lakes on Earth – at 36 million years old it is predated only by Lake Baikal in Russia - with major oil deposits located under and around its coastline.

Its basin is therefore one of the major oil-producing areas of the world, its commercial development beginning early in the 20th century. Since the First World War, around 14 000 oil wells have been drilled in the Lake. Its once pristine waters have been heavily polluted: oil spills, along with sewage and river run-off, have caused runaway blooms of duckweed or lemma, an aquatic plant.

The port of Maracaibo, located on the west side of the strait, is the second city of Venezuela after Caracas and the capital of Zulia state. With a 1990 population of 1.29 million, it is the country's oil capital and a commercial and industrial centre. Bright points visible off its coast are individual ships.

The General Rafael Urdaneta Bridge connects the city to the eastern side of the strait. At eight kilometres in length it is one of the longest bridges in the world. It is just visible at the centre of the image as a reddish line contrasting with the surrounding greenish waters. On the eastern side to the south is the city of Cabimas.

Radar images measure surface texture rather than reflected light. The colour in the image comes from the fact that this is actually a combination of three Envisat Advanced Synthetic Aperture Radar (ASAR) images, and works to highlight changes occurring between acquisitions. A colour is assigned to each date of acquisition: red for 8 September 2004, green for 26 February 2004 and blue for 17 June 2004.

In particular, signs of seasonal cultivation can be seen in the patchwork fields on the eastern side of the strait.

The view was acquired in ASAR Image Mode Precision, with pixel sampling of 12.5 metres. It covers an area of 62 km x 70 km.