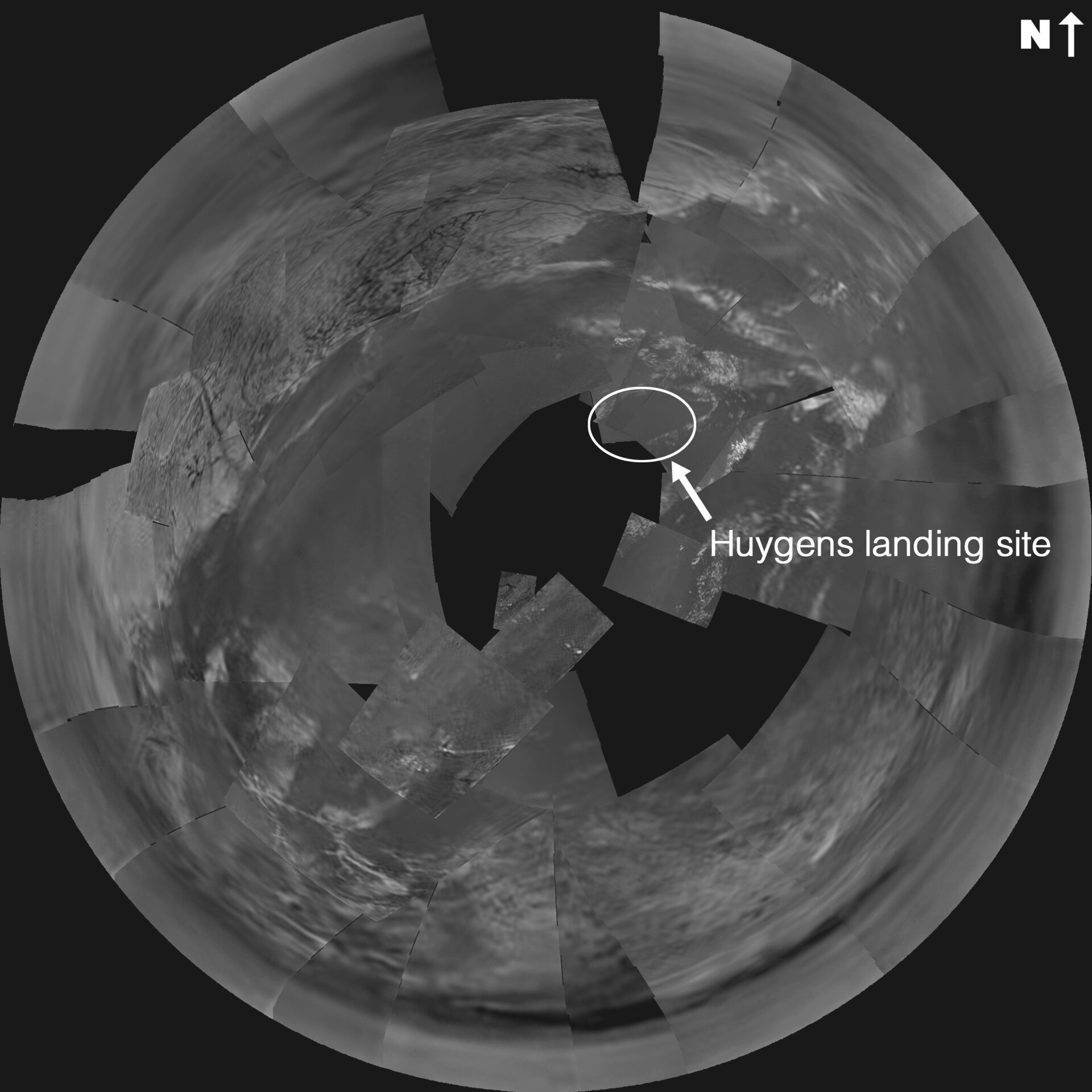 This stereographic projection of DISR images from ESA’s Huygens probe combines 60 images in 31 triplets, projected from a height of 3000 metres above the black ‘lakebed’ surface. The bright area to the north (top of the image) and west is higher than the rest of the terrain, and covered in dark lines that appear to be drainage channels.

To construct this projection, the direction of every pixel in each of the three imagers was measured and expressed as a nadir and azimuth angle in a spherical co-ordinate system centred on the image. The images were then spliced together using one of several projection algorithms (in this case ‘stereographic’) to produce a full mosaic.