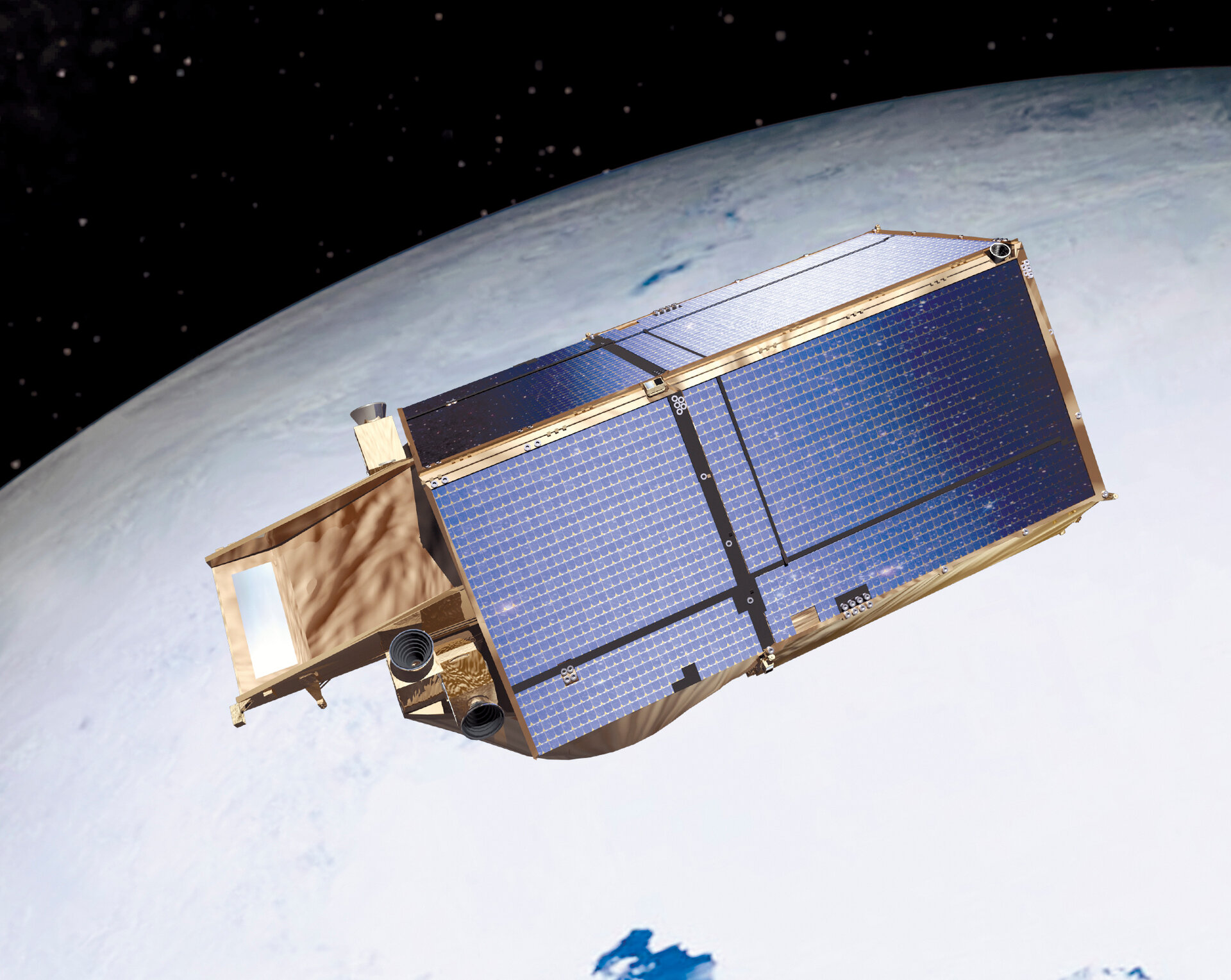 Artist's impression of CryoSat in orbit.