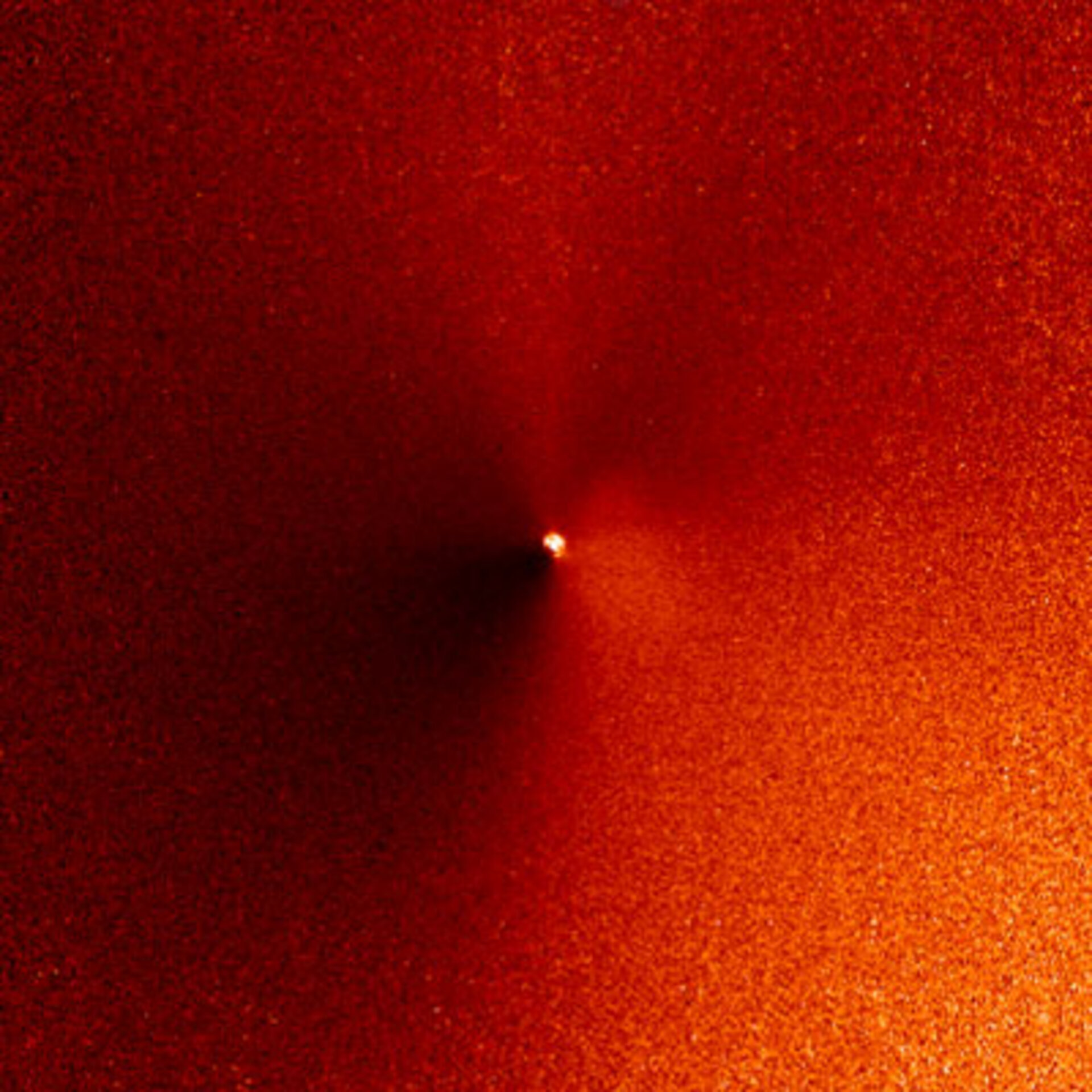 Comet 9P/Tempel 1 as seen from Hubble

The Hubble Space Telescope was 120 million kilometres away from the comet when this image was taken by the high-resolution Advanced Camera for Surveys (ACS). The telescope's views complement close-up images being taken by cameras aboard Deep Impact, which is speeding toward the comet.

This image, taken at 7:17 (UT/GMT) on 14 June, shows Tempel 1 before the outburst. The bright dot is light reflecting from the comet’s nucleus, which appears star-like in these images because it is too small even for Hubble to resolve. The nucleus, a potato-shaped object, is 14 kilometres wide and 4 kilometres long.