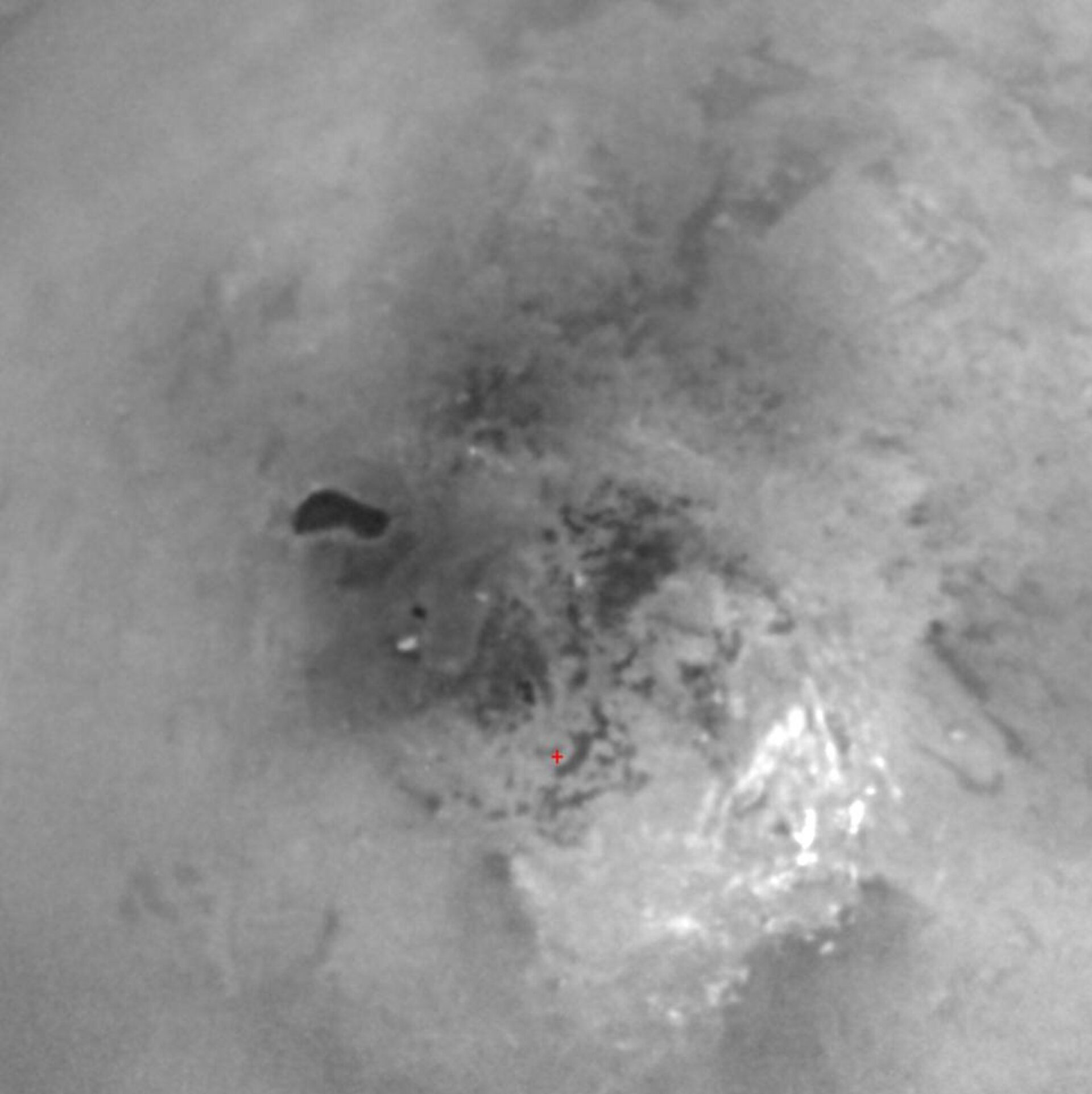 This view of Titan's south polar region reveals an intriguing dark feature, seen here at left of centre, that may be the site of a past or present lake of liquid hydrocarbons. A red cross below centre in the scene marks the pole. The brightest features seen here are methane clouds.

This view is a composite of three NASA/ESA/ASI Cassini spacecraft narrow-angle camera images, taken over several minutes during Cassini's distant fly-by on 6 June 2005. The images were combined to produce a sharper view of Titan's surface. The images were taken using a combination of spectral filters sensitive to wavelengths of polarised infrared light.

The images were acquired from approximately 450 000 kilometres from Titan. Resolution in the scene is approximately 3 kilometres per pixel. The view has been contrast-enhanced to improve the overall visibility of surface features.