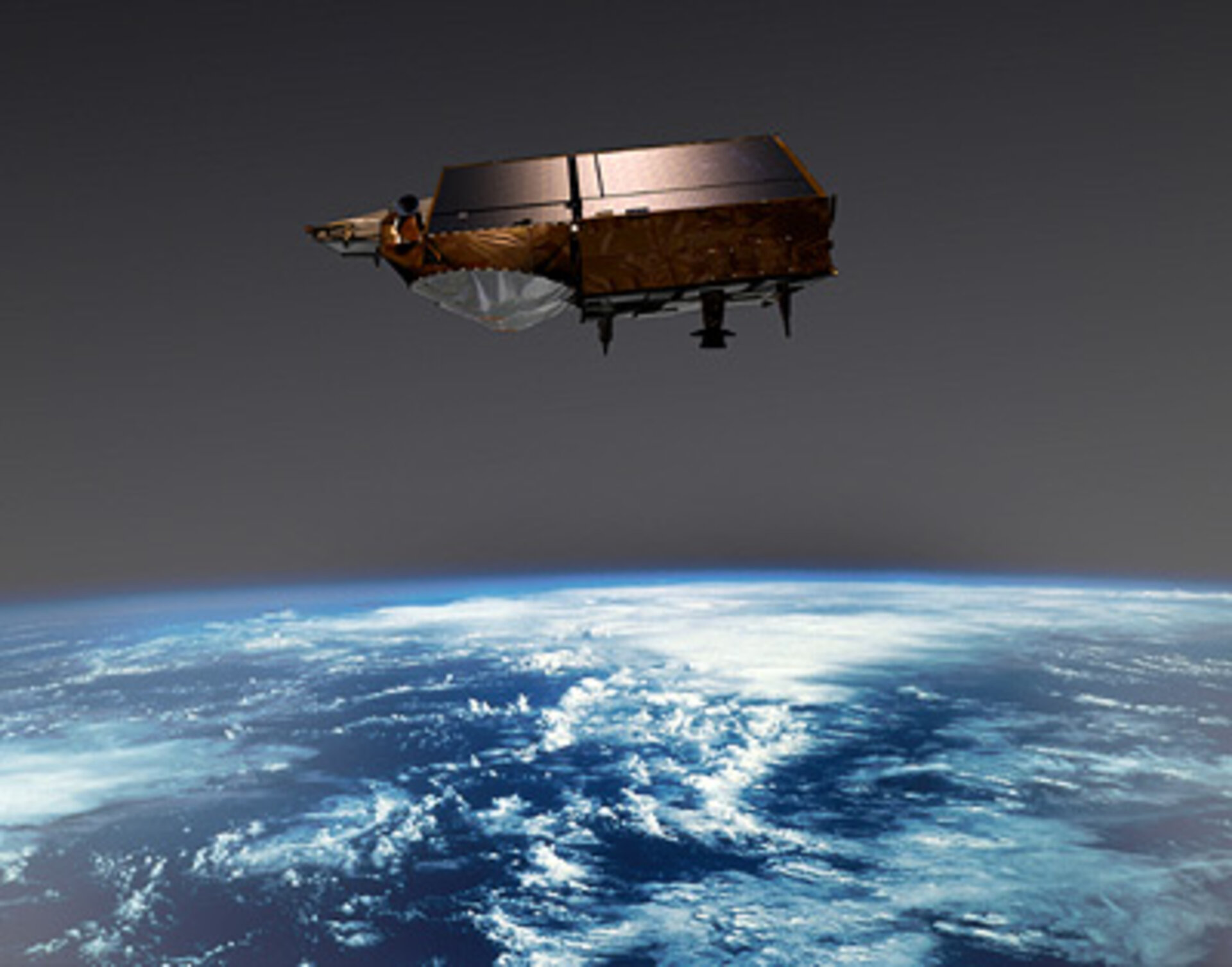 Artist's impression of CryoSat in orbit.

The launch of the CryoSat spacecraft unfortunately failed on 8 October 2005 due to a malfunction of its Rockot launcher, which resulted in the total loss of the spacecraft.

At the meeting of the European Space Agency's Earth Observation Programme Board, which took place at ESA’s Headquarters in Paris on 23 and 24 February 2006, ESA received the green light from its Member States to build and launch a CryoSat recovery mission, CryoSat-2.