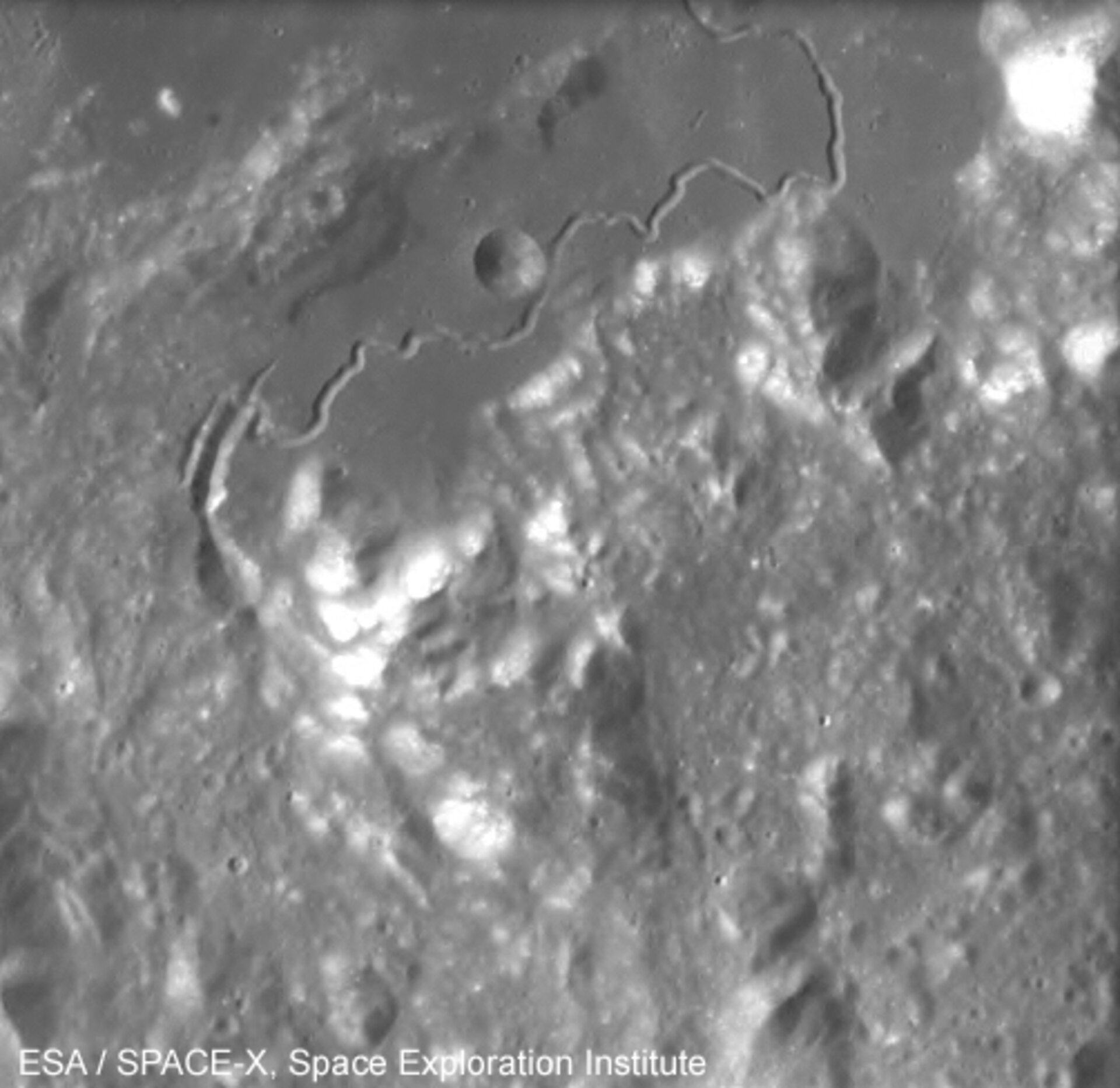 Hadley Rille on the Moon, seen by SMART-1

This strangely meandering channel, carved on the Moon, is one of the most famous features on our nearest celestial neighbour. It shot to fame in July 1971 when the two astronauts of Apollo 15 drove their lunar rover to its very edge.

Known as Hadley Rille, the feature is named after the 18th century British mathematician and inventor John Hadley. In 1721, Hadley presented a telescope that used a non-spherical mirror to the Royal Society in London. Shaped as a parabola, the mirror avoided the aberration caused by a spherical mirror, and set the shape for all telescope mirrors to come.

Hadley Rille is thought to have been carved by an ancient lava flow, dating back just over 3 billion years to soon after the Moon formed. It stretches more than 120 km, up to 1500 m wide and more than 300 m deep in some places.

From their close-up position, the Apollo astronauts photographed what looked like strata in the walls of the rille. This suggests that there were many volcanic eruptions, each building a new layer. Then, a channel of lava cut through these deposits. When it drained away, it left the sinuous rille we see today. However, planetary scientists are not entirely sure of the details of the process.

This image was taken by ESA’s SMART-1, which explored the Moon from 2004 to 2006. Its miniaturised camera demonstrated that smaller equipment could still provide first-class science.

This image was taken from an altitude of about 2000 km. It spans about 100 km and shows the region around Hadley Rille centred at about 25°N / 3°E.

SMART-1 was ESA’s first mission to the Moon. It tested new engine technologies, including a solar electric propulsion system that will carry ESA’s BepiColombo mission to Mercury in 2018.

At the end of its mission, SMART-1 was flown closer and closer to the lunar surface until it was intentionally crashed on 3 September 2006. During its mission, it had completed more than 2000 orbits of the Moon.