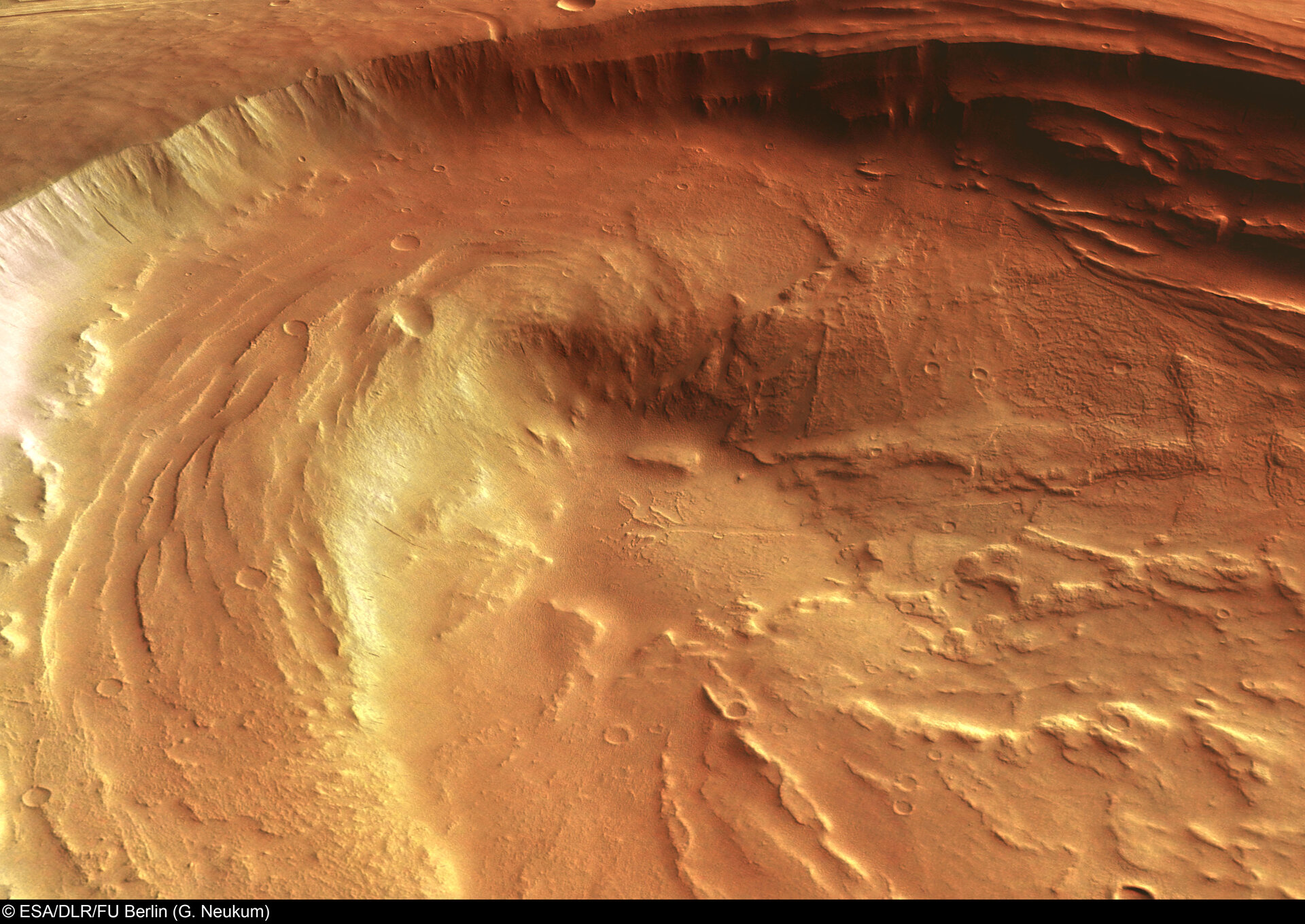 This perspective view of the Biblis Patera volcano, looking west, was taken by the High Resolution Stereo Camera (HRSC) on board ESA’s Mars Express spacecraft on 8 November 2004.

Biblis Patera is 170 kilometres long, 100 kilometres wide and rises nearly three kilometres above its surroundings. The caldera has a diameter of 53 kilometres and extends to a maximum depth of roughly 4.5 kilometres.

The caldera may have been formed as the result of collapse of the magma chamber during eruptions of the volcano, and some of the structures seen in the caldera walls suggest that multiple collapse events have occurred.