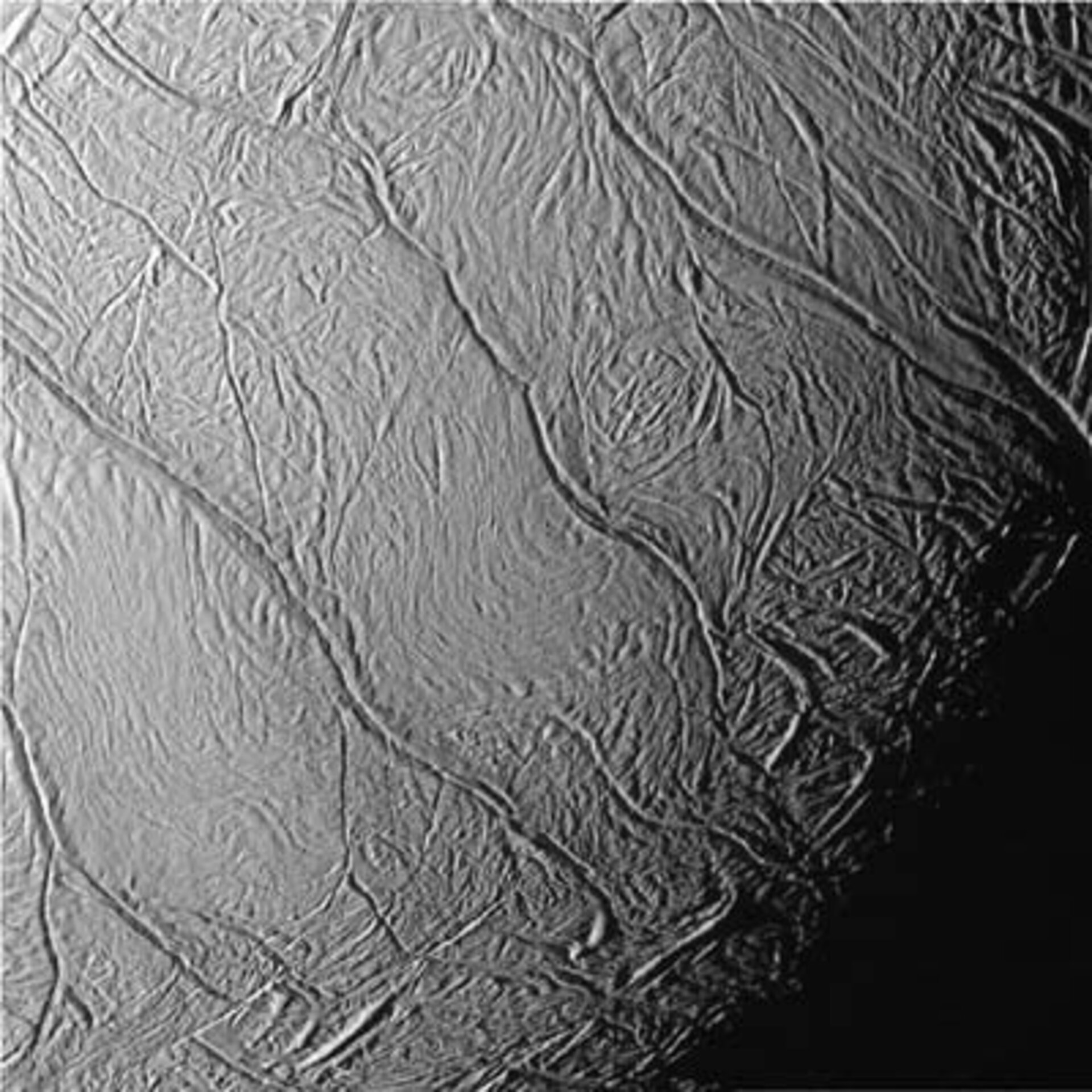 This close-up view of Saturn's moon Enceladus looks toward the moon's terminator (the transition from day to night) and shows a distinctive pattern of continuous, ridged, slightly curved and roughly parallel faults within the moon's southern polar latitudes. These surface features have been informally called 'tiger stripes' due to their distinctly stripe-like appearance when viewed in false colour.

The image was obtained in visible light with the NASA/ESA/ASI Cassini spacecraft narrow-angle camera on 14 July 2005, at a distance of about 20 720 kilometres from Enceladus. The image scale is 122 metres per pixel. The contrast has been enhanced to aid visibility of surface features.