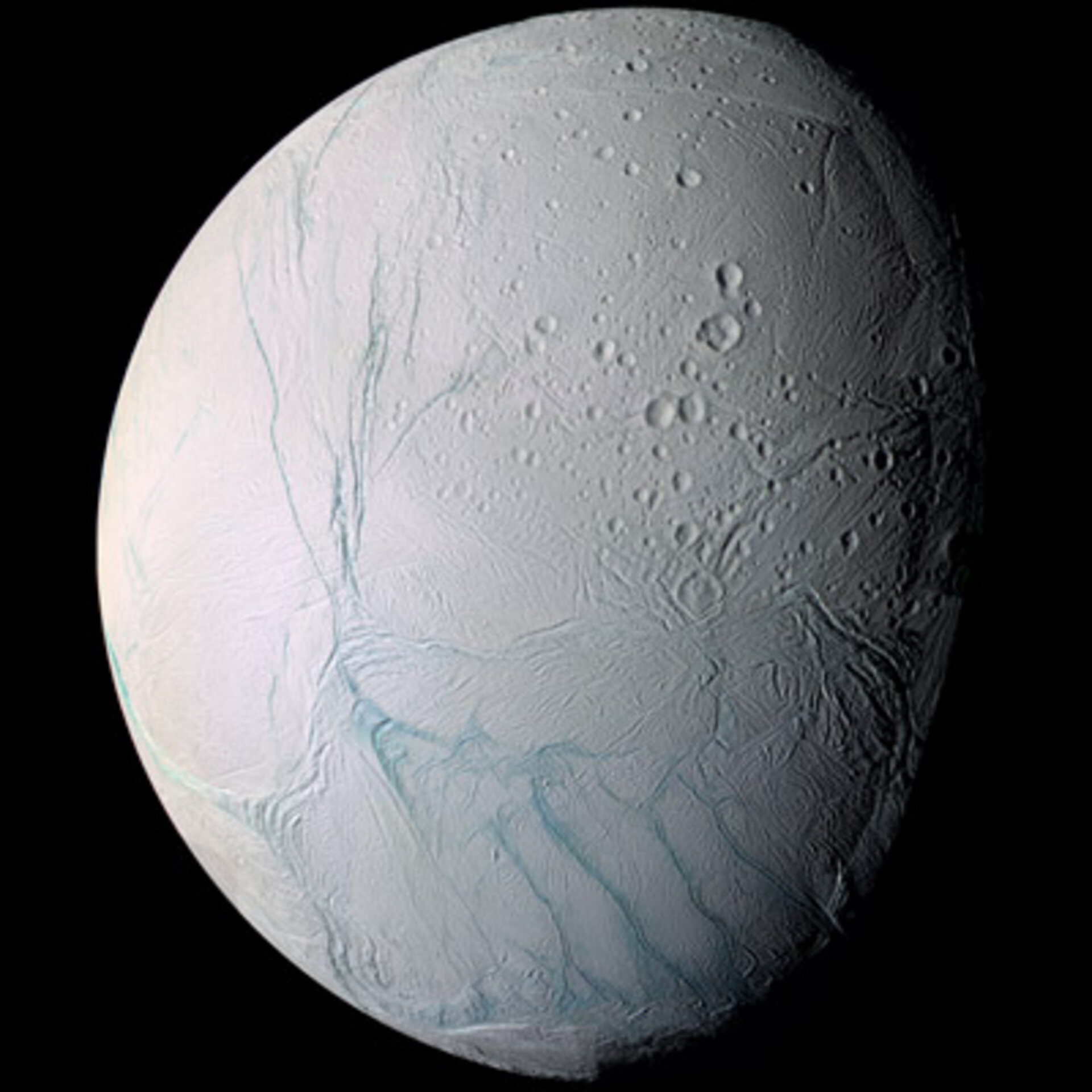 Zooming in on Enceladus

As it swooped past the south pole of Saturn's moon Enceladus on 14 July 2005, the NASA/ESA/ASI Cassini spacecraft acquired increasingly high-resolution views of this icy world.

These views have been combined into an animated sequence. This movie provides a close-up look at what is surely one of the youngest surfaces in the Saturn system.

From afar, Enceladus exhibits a bizarre mixture of softened craters and complex, fractured terrains. The initial image in the movie is a large mosaic of 21 narrow-angle camera images that have been arranged to provide a full-disk view of the anti-Saturn hemisphere on Enceladus.

This mosaic is a false-colour view that includes images taken at wavelengths from the ultraviolet to the infrared portion of the spectrum. In false-colour, many long fractures on Enceladus exhibit a pronounced difference in colour (represented here in blue) from the surrounding terrain.

The movie zooms in on the southern polar terrains and closes in on one of the tectonic stripes that characterise this region which is essentially free of sizeable impact scars.

The bright oblong area seen during the zoom is an intermediate resolution image from near the time of closest approach that has been melded into the low-resolution mosaic, and artificially brightened.

The movie ends on the highest resolution image acquired by Cassini which reveals a surface dominated by ice blocks between 10 and 100 metres across, lying in a region that is unusual in its lack of the very fine-grained frost that seems to cover the rest of Enceladus. The lack of frost and the absence of craters are indicators of a youthful surface.