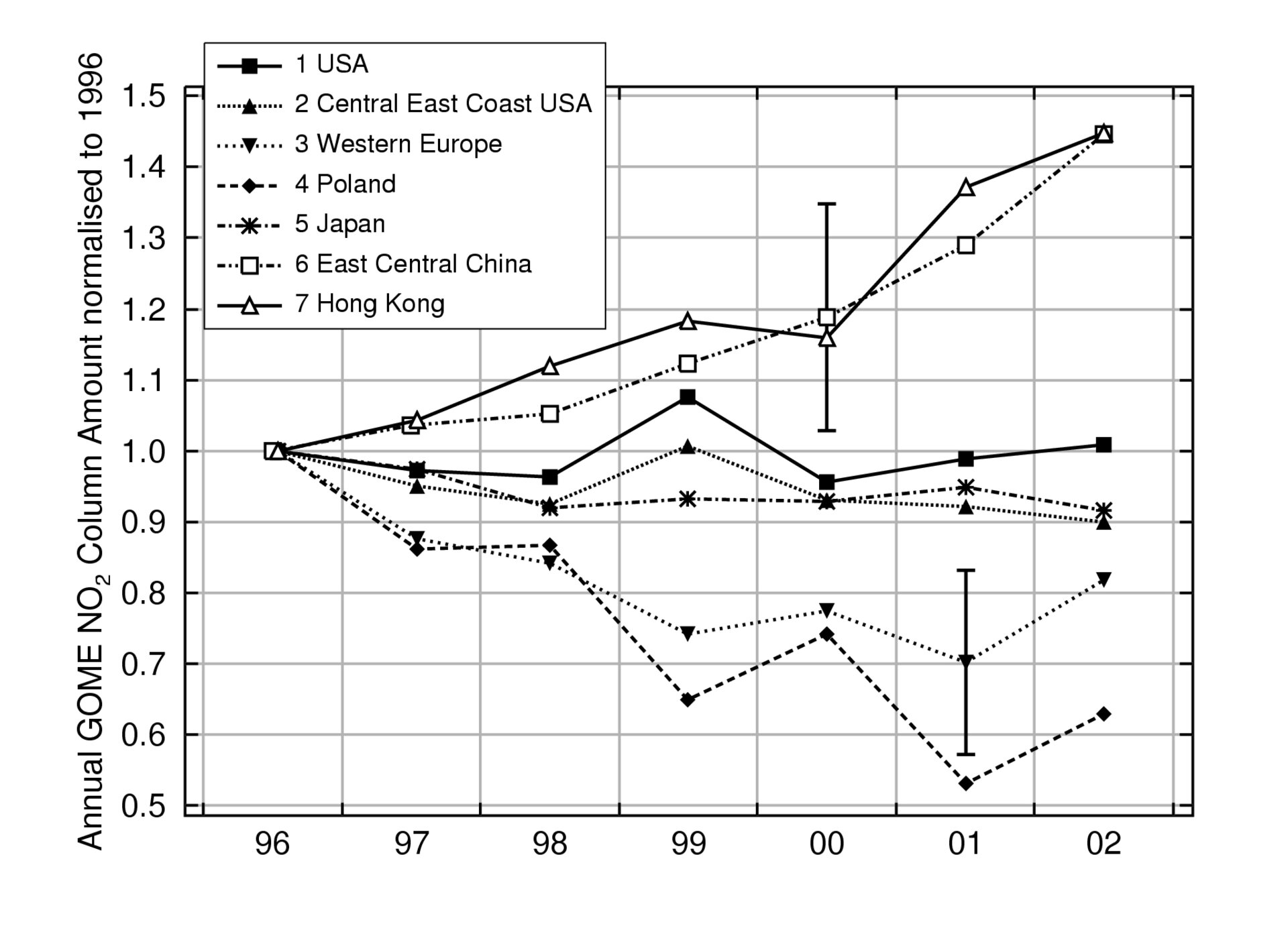 The temporal evolution of tropospheric nitrogen dioxide columns as measured by GOME for selected areas from 1996 to 2002. The geographical regions of the USA, Central US East Coast, Western Europe, Poland, Japan, East Central China and Hong Kong are represented. The latter two regions show the greatest increase. The error bars represent the estimated uncertainty for a given year.