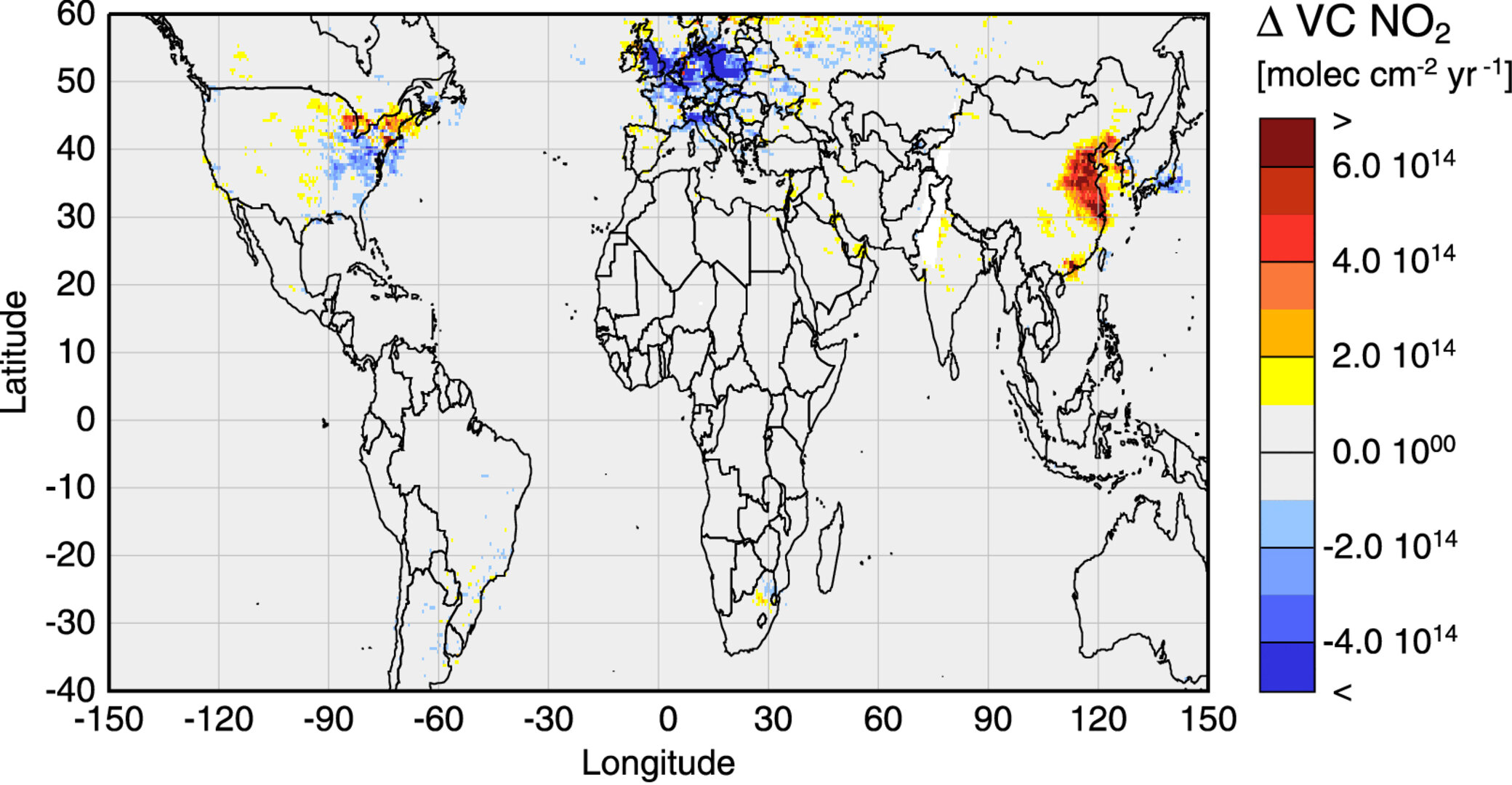 Average annual changes in tropospheric nitrogen dioxide, as observed by GOME from 1996 to 2002. The gradient obtained from a linear regression of the annual averages of tropospheric GOME NO2 columns, retrieved close to 1030 local time from 1996 to 2002 is shown. Reductions in nitrogen dioxide are observed over Europe and the central East Coast of the United States, while large increases are evident over China.