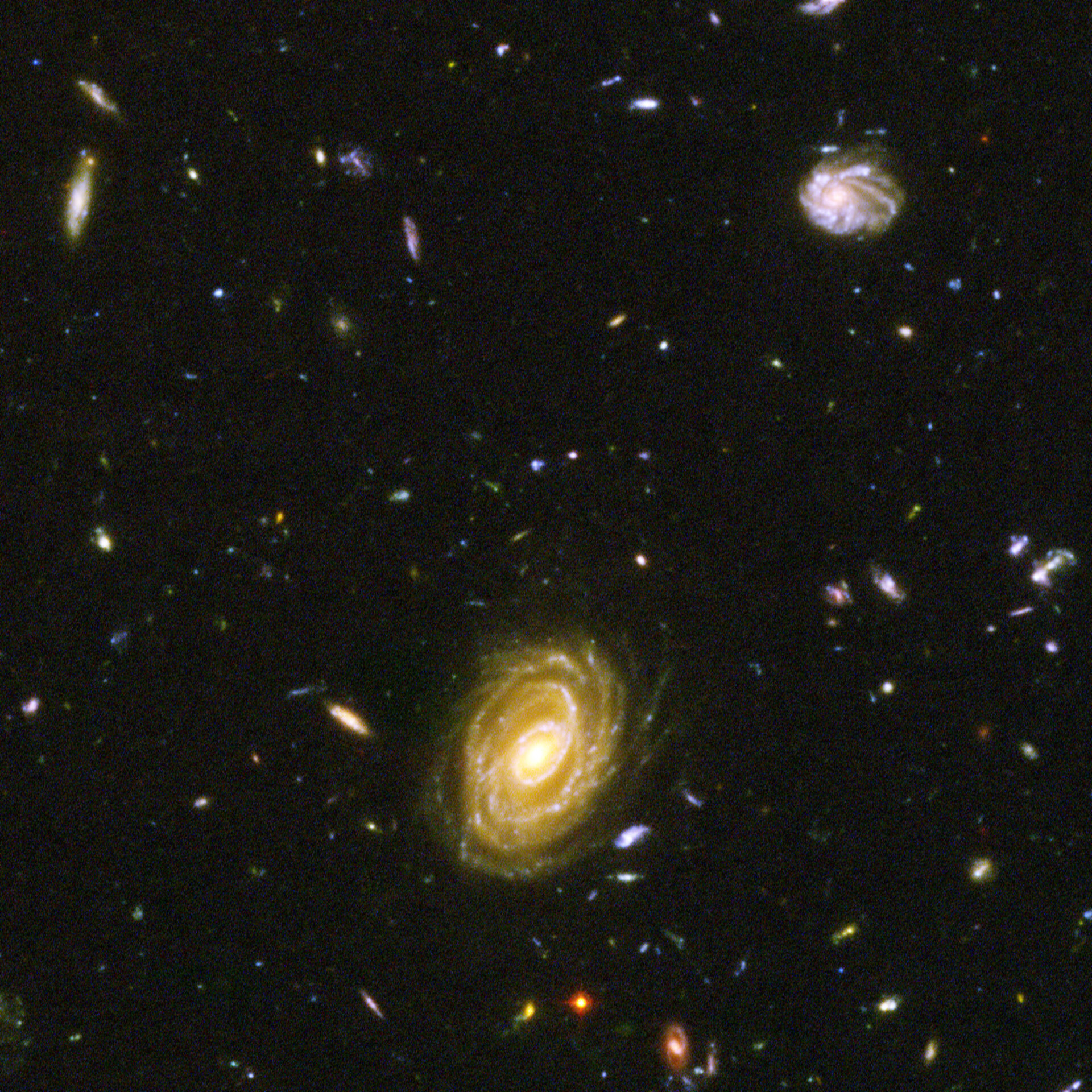 This image demonstrates how data from two space observatories, the Spitzer and Hubble Space Telescopes, are used to identify one of the most distant galaxies ever seen. This galaxy is unusually massive for its youthful age of 800 million years. (After the Big Bang, the Milky Way by comparison, is approximately 13 000 million years old.)

A blow-up of one small area of the HUDF is used to identify where the distant galaxy is located. This indicates that the galaxy's visible light has been absorbed by traveling millions of light-years through intervening hydrogen.