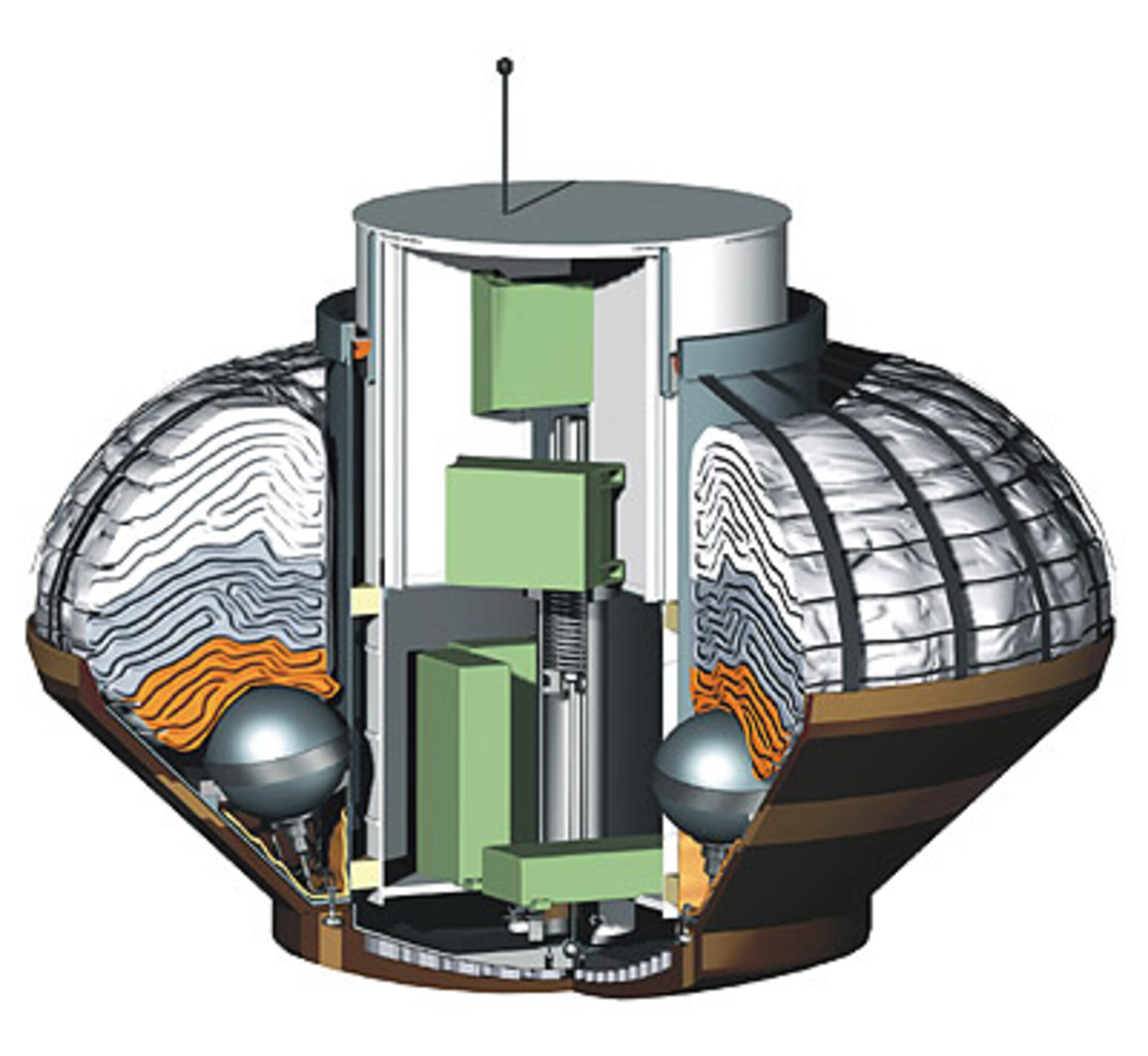 The cone-shaped flexible heat shield folds into the nose cone

Inflatable Re-entry and Descent Technology (IRDT) is a new technology, which enables re-entry from orbit and landing without the need of a heavy heat shield and parachute system. The 140 kg system consists of a small ablative nose from which a cone-shaped flexible heat shield is inflated to provide braking and thermal protection during re-entry. The flexible heat shield support structure is covered by an insulating layer which itself is protected by a silica-based fabric impregnated with an ablative material in contact with the hot plasma flow. A second inflatable extension of the cone reduces the speed of the Demonstrator during subsonic flight to ensure a safe landing.