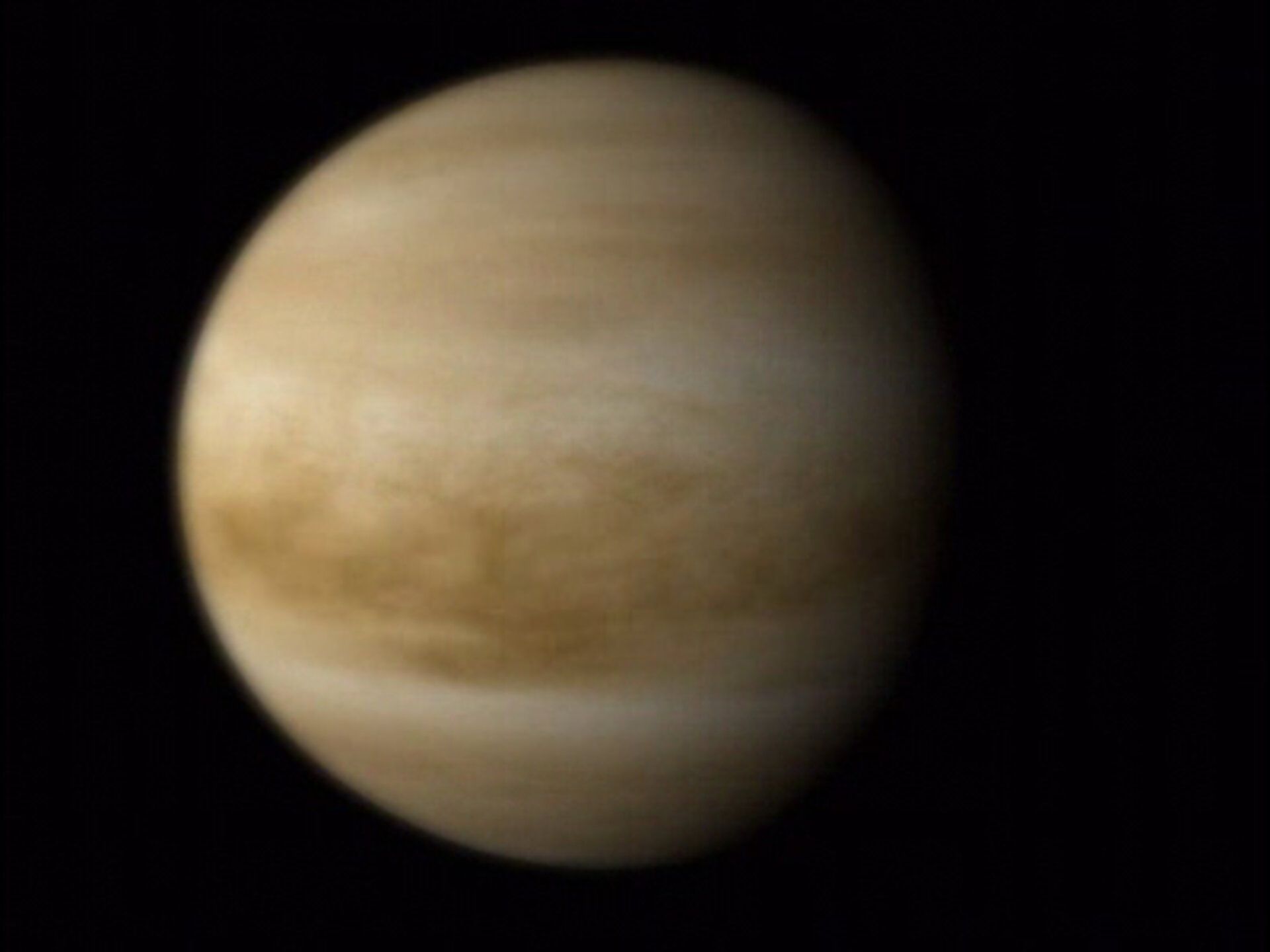 Animation of Venus, the cryptic planet...

Venus’s atmosphere is composed almost entirely of carbon dioxide, with very little water vapour. It has significant amounts of corrosive sulphur-bearing gases and rapidly moving clouds of sulphuric acid droplets. The dense clouds scatter back to space about 80% of the radiation received from the Sun.

Despite only the small amount of solar flux reaching the surface, enough energy is trapped by gases and particles present in the lower atmosphere, to raise the temperature at the surface dramatically, enough to make Venus’s surface the hottest in the Solar System.