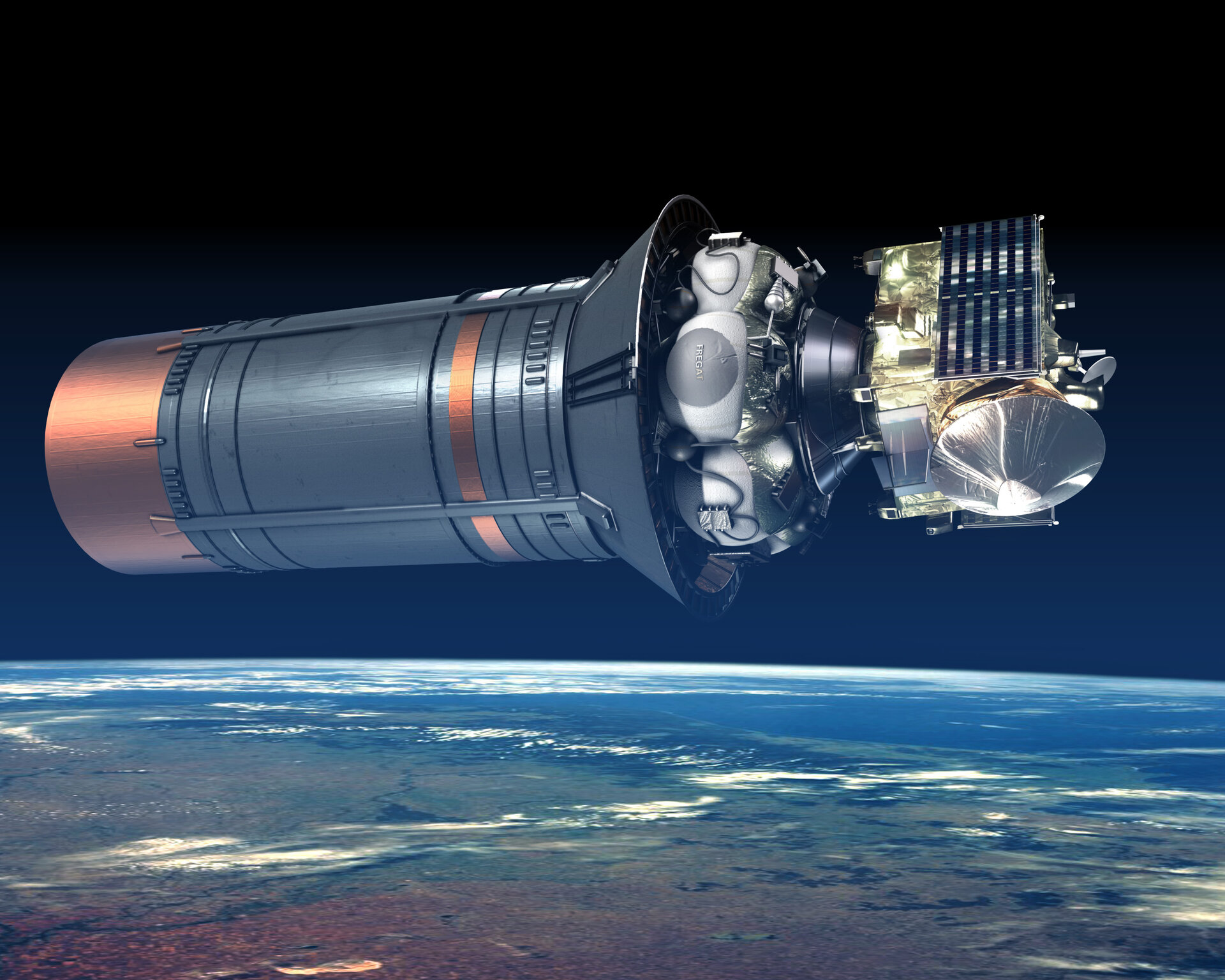 Artist's impression of Fregat/Venus Express on the Soyuz third stage

The Soyuz launcher has three lower stages (third stage seen here), while the Fregat upper stage has a fairing which houses Venus Express, attached via a conically shaped adapter.