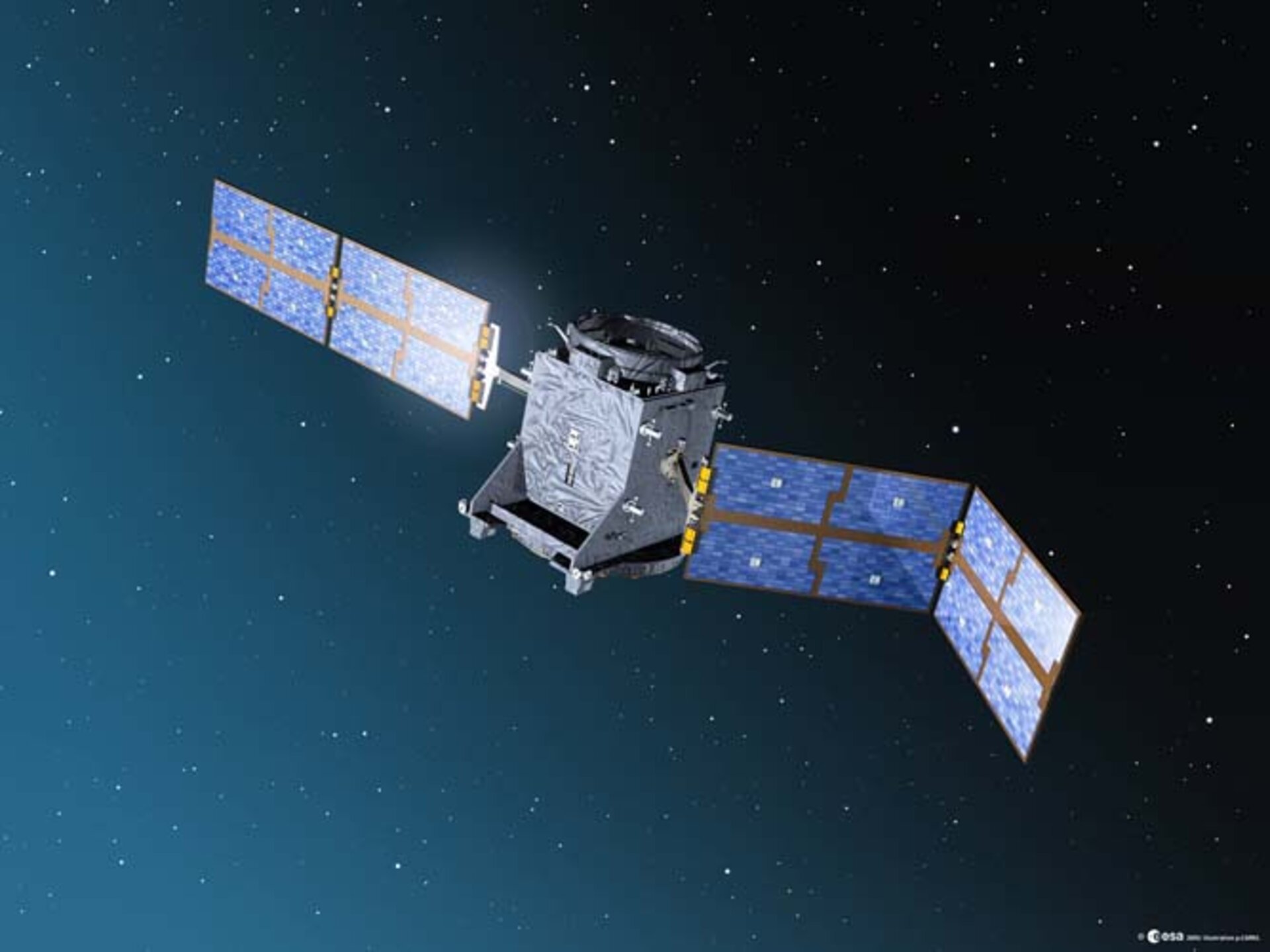 Artist view of GSTB-V2/A, the first of ESA’s two Galileo System Test Bed Version 2 demonstrators for the Galileo global navigation satellite system, as it deploys its solar araays shortly after launch by a Russian Soyuz/Fregat vehicle, in December 2005.