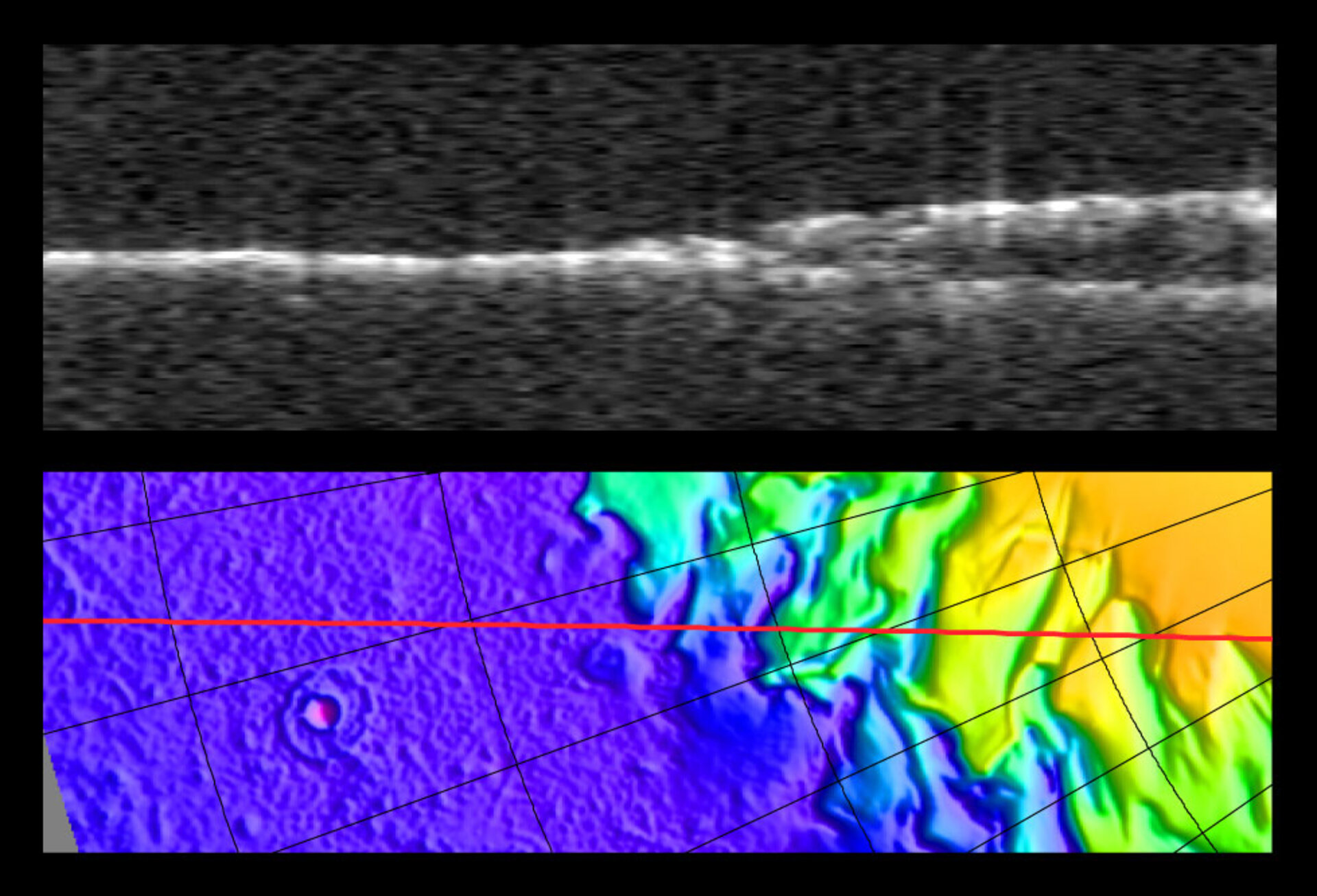 This MARSIS radargram image (top) shows data from the subsurface of Mars in the layered deposits that surround the north pole. The lower image shows the position of the ground track on a topographic map of the area based on Mars Orbiter Laser Altimeter data. The images show an area 458 km wide.

The MARSIS echo trace splits into two traces to the right of centre, at the point where the spacecraft's groundtrack crosses from the smooth plains onto the elevated layered deposits on the right.

The strength of the lower echo suggests that the intervening material is nearly pure water ice. The time delay between the two echoes reaches a maximum of 21 microseconds at the right of the image, corresponding to a thickness of 1.8 km of ice. The total elevation difference shown in the topographic map is about 2 km, between the lowest surface (magenta) and the highest (orange).