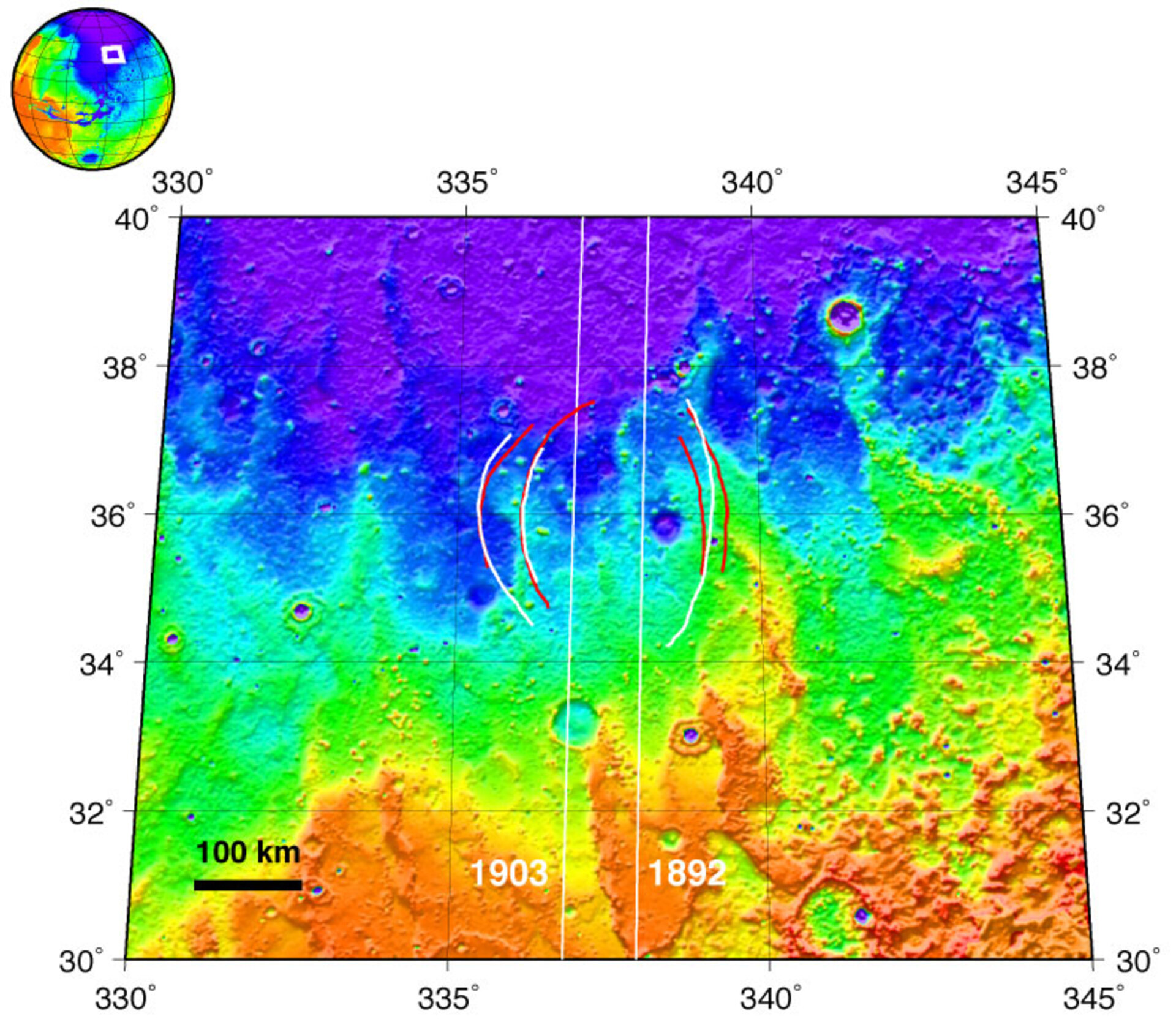 This topographic map, based on Mars Orbiter Laser Altimeter data, shows the MARS Express groundtracks and the arc structures detected by MARSIS that are interpreted to be part of a buried impact basin about 250 km in diameter. The topographic relief represented in the image is 1 km, from low (purple) to high (red). The projected arcs are shown in red for orbit 1892 and white for orbit 1903. There is no obvious feature in the surface topography that corresponds to the buried feature identified with MARSIS data.