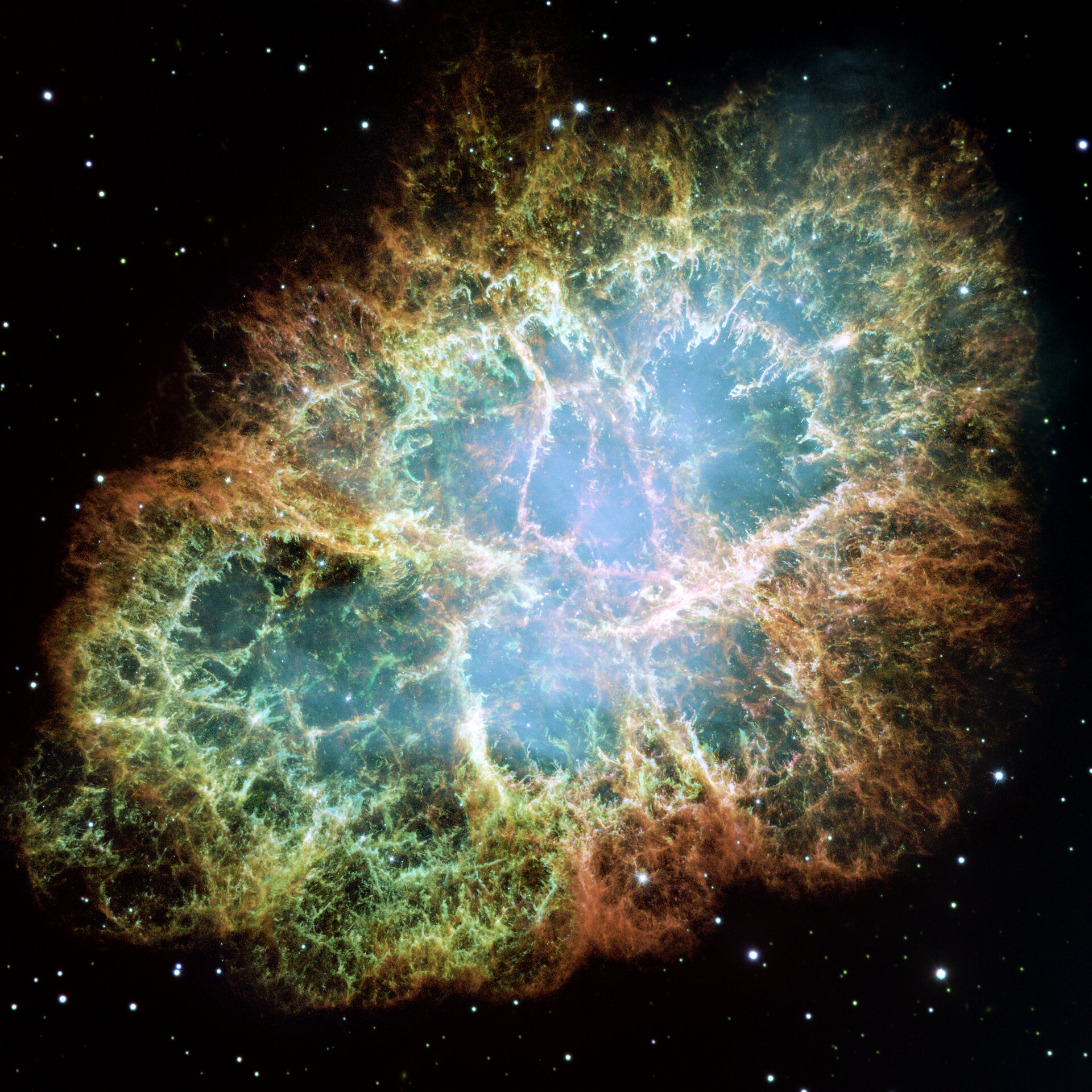 Giant mosaic of the Crab Nebula made of Hubble images

The Crab Nebula is a six-light-year-wide expanding remnant of a star's supernova explosion. Japanese and Chinese astronomers recorded this violent event nearly 1000 years ago in 1054.

This composite image was assembled from 24 individual exposures taken with the NASA Hubble Space Telescope’s Wide Field and Planetary Camera 2 in October 1999, January 2000 and December 2000. It is one of the largest images taken by Hubble and is the highest resolution image ever made of the entire Crab Nebula.