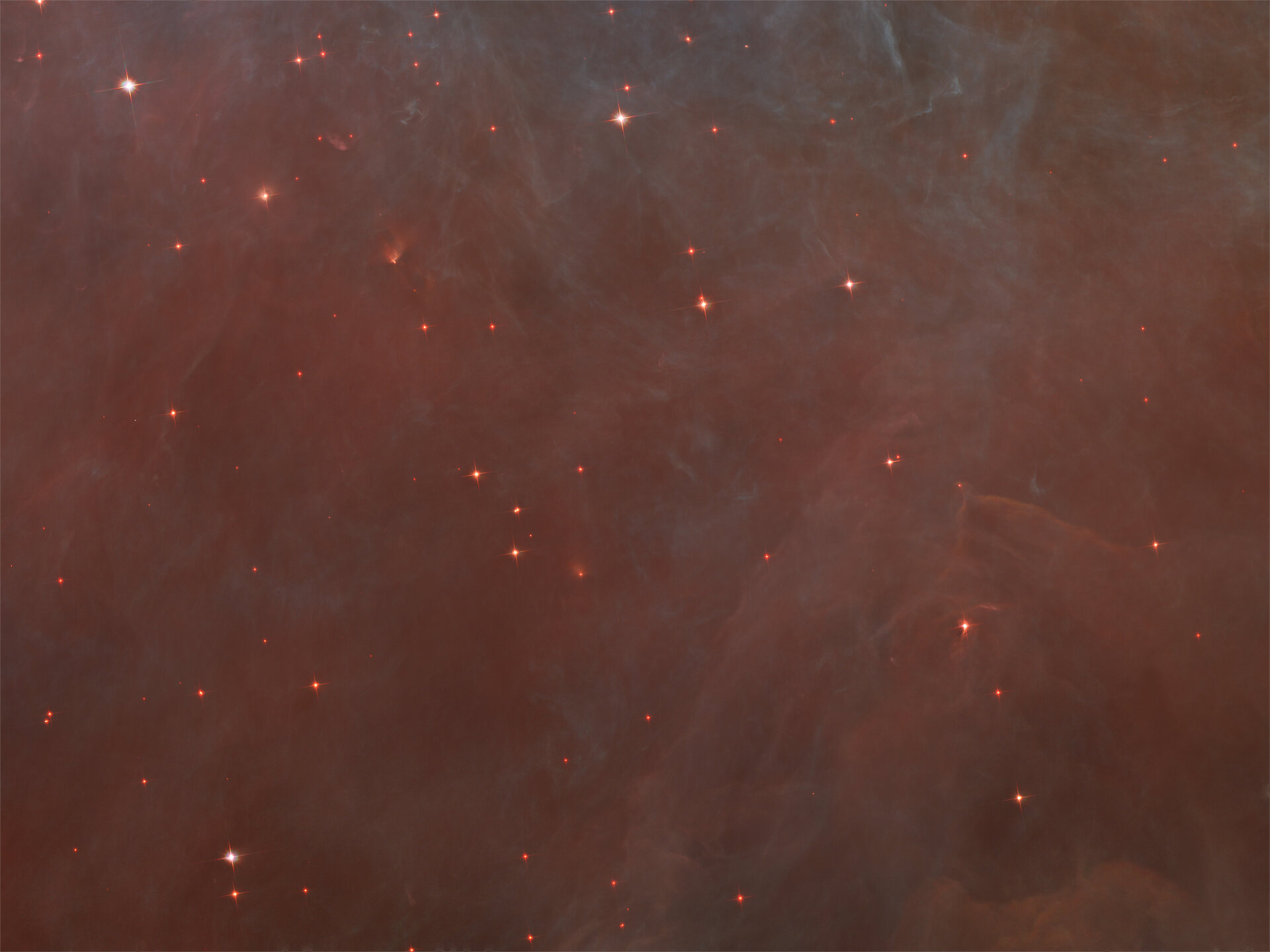 The image, taken by the Advanced Camera for Surveys (ACS) aboard NASA's Hubble Space Telescope, shows part of the Orion Nebula, 1500 light-years away and the nearest star-forming region to Earth.

Astronomers used 520 Hubble images, taken between 2004 and 2005 in five colours, to make this picture. They also added ground-based photos to fill out the nebula. The ACS mosaic covers approximately the apparent angular size of the full Moon.

The faint red stars in this close-up image are the myriad brown dwarves that Hubble spied for the first time in the Orion Nebula in visible light. Sometimes called 'failed stars', brown dwarves are cool objects that are too small to be ordinary stars because they cannot sustain nuclear fusion in their cores the way our Sun does.