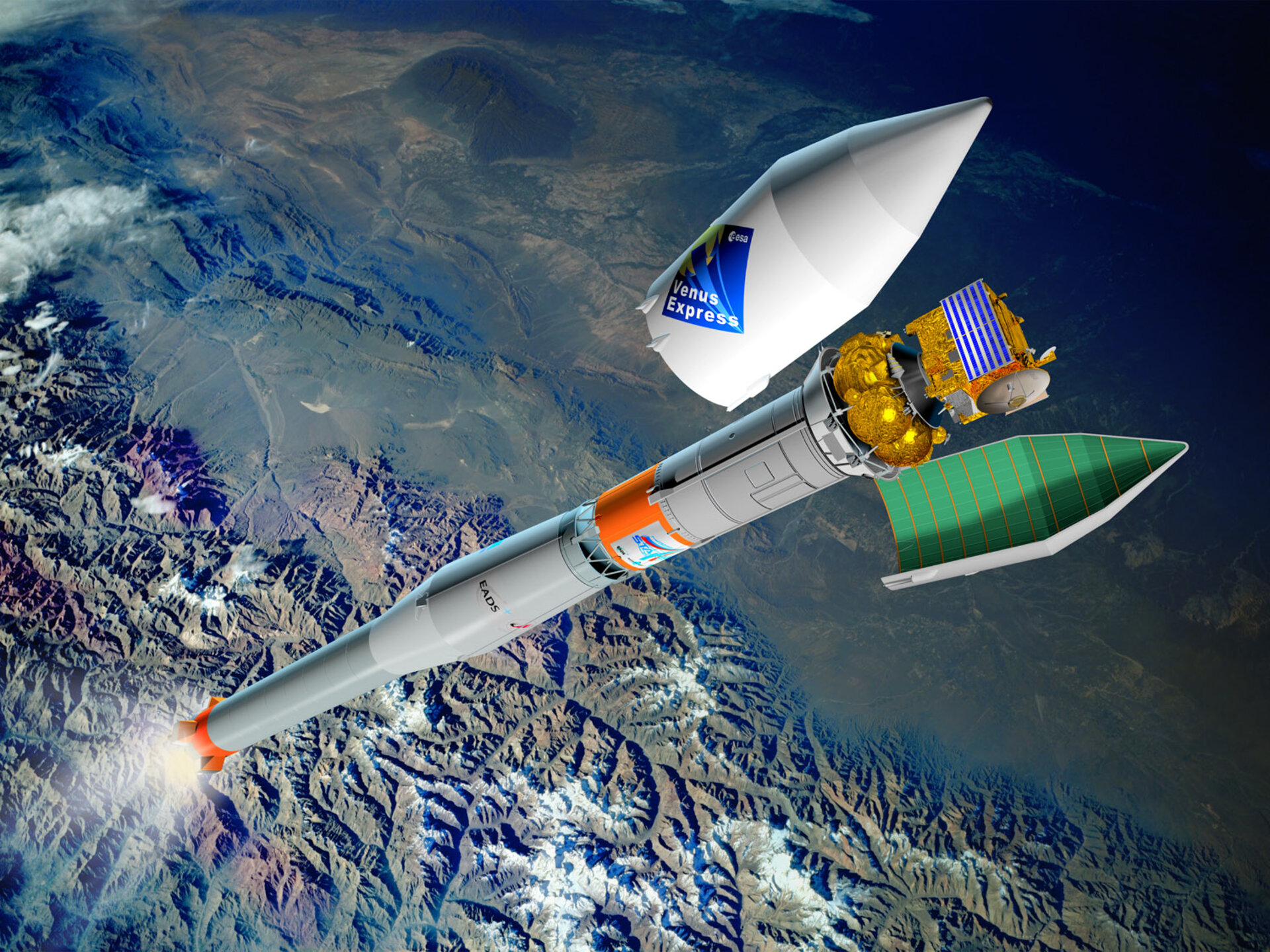 Artist view of ESA's Venus Express probe on top of a Russian Soyuz-Fregat vehicle during launch from Baikonur on November 9, 2005. The payload fairing protecting the spacecraft and the Fregat upper stage (under golden insulation with spherical tanks) is jettisoned some 4 minutes after liftoff. The Fregat upper stage later provided the final boost toward Venus where the probe will arrive in April 2006.

Built by an industrial team led by EADS Astrium, the 1,270-kg spacecraft is ESA's first mission to Earth's nearest planetary neighbour. The mission was born after ESA asked for proposals, in March 2001, suggesting how to reuse the design of the Mars Express spacecraft.

Once in Venusian orbit, the probe will manoeuvre toward an elliptical polar orbit. At its closest, it will reach an altitude of 250 kilometres and at its furthest, it will be 66 000 kilometres away from the planet. The mission is due to last for two Venusian days, i.e. about 500 Earth days.

The probe's 1.3-m-diameter High Gain Antenna for communications is visible on the front side of the spacecraft. Also visible are the specially designed solar arrays (in stored position), which feature lines of radiators disposed between lines of solar cells to radiate excess heat while operating in a highly demanding thermal environment around Venus.