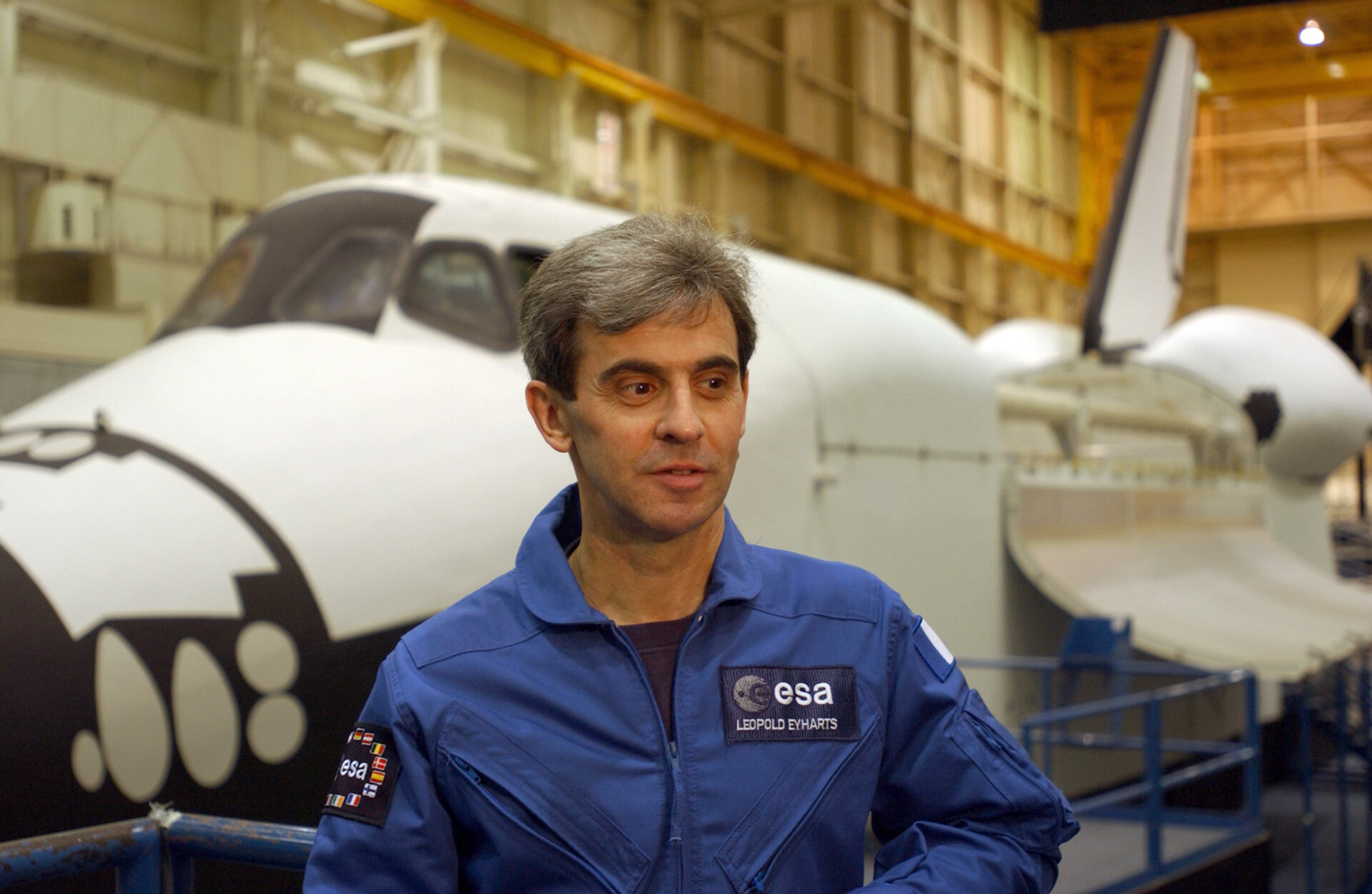 In July 1994, he was assigned as a back-up crewmember for the Franco-Russian Cassiopée spaceflight, flown in August 1996, and in December 1996, he was selected for the CNES follow-on scientific space Pégase mission to Mir, from 29 January to 19 February 1998.

In August 1998, Léopold Eyharts joined ESA's Astronaut Corps at the European Astronaut Centre in Cologne, Germany. He was assigned to train at NASA's JSC and entered the 1998 Mission Specialist Class.

Léopold Eyharts received technical assignments within NASA Astronaut Office at JSC. He worked in the International Space Station Operations Branch as a section chief for ISS systems, software and on board information technology.

From October 2004 to June 2006, he trained as Thomas Reiter's back-up for the Astrolab Mission. He is now training for future long-duration missions to the ISS.