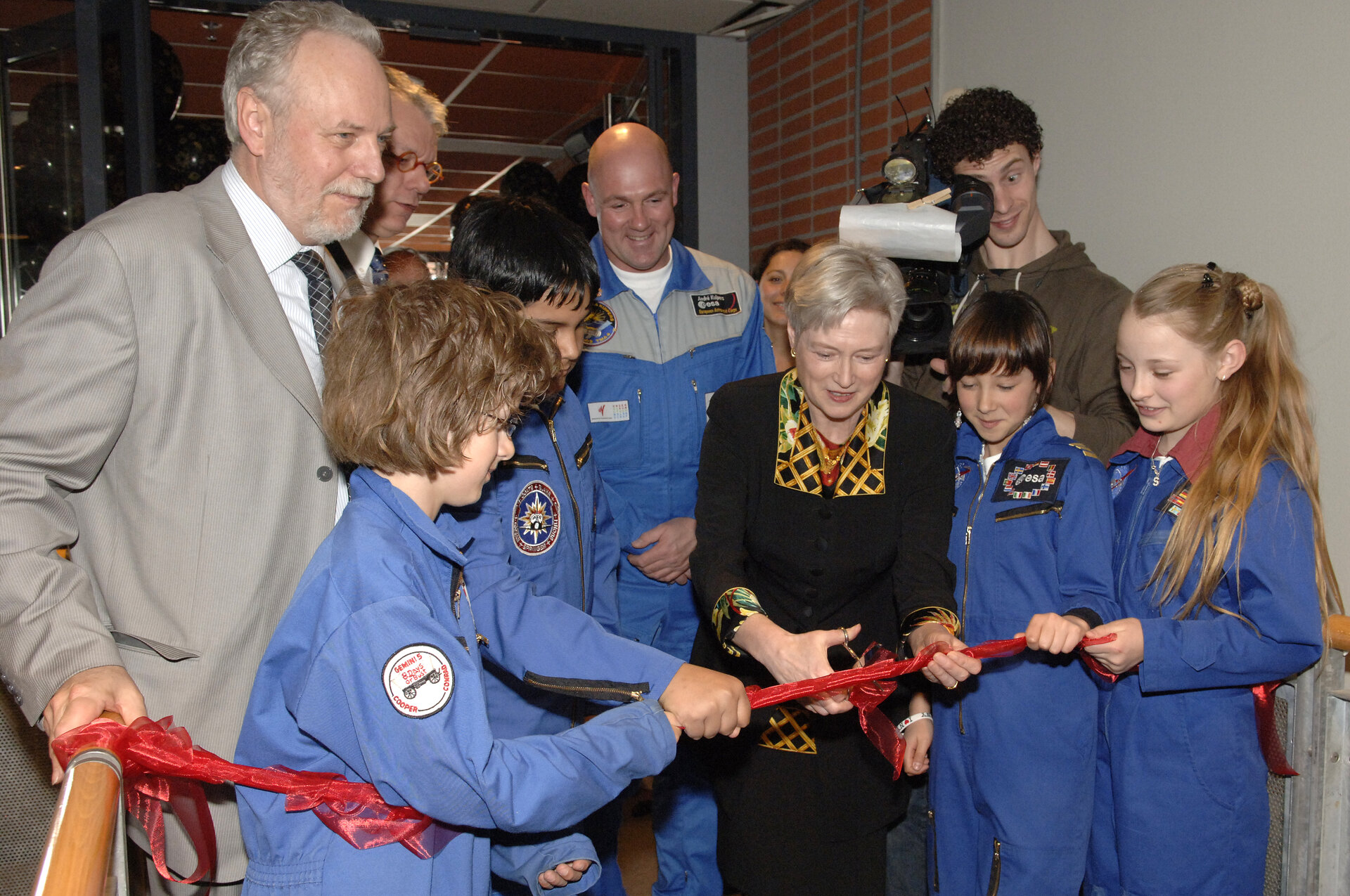 Opening of the first ESERO

This important pilot project, which will pave the way for similar offices in other ESA Member States, was officially opened by Mrs Maria van der Hoeven, the Dutch Minister of Education, Culture and Science, Mr René Oosterlinck, ESA Director of External Relations, and Prof. Dr Annemieke Roobeek, the President of the NCWT.

Also present were Michiel Buchel, Director General of the NEMO science centre, the Dutch ESA astronaut, Andre Kuipers, Mrs Michele Bond, the US Consul General to the Netherlands and four students representing the first schools to take part in the DELTA Researcher Schools Programme, a collaboration between ESA, NASA and the Dutch Ministry of Education.