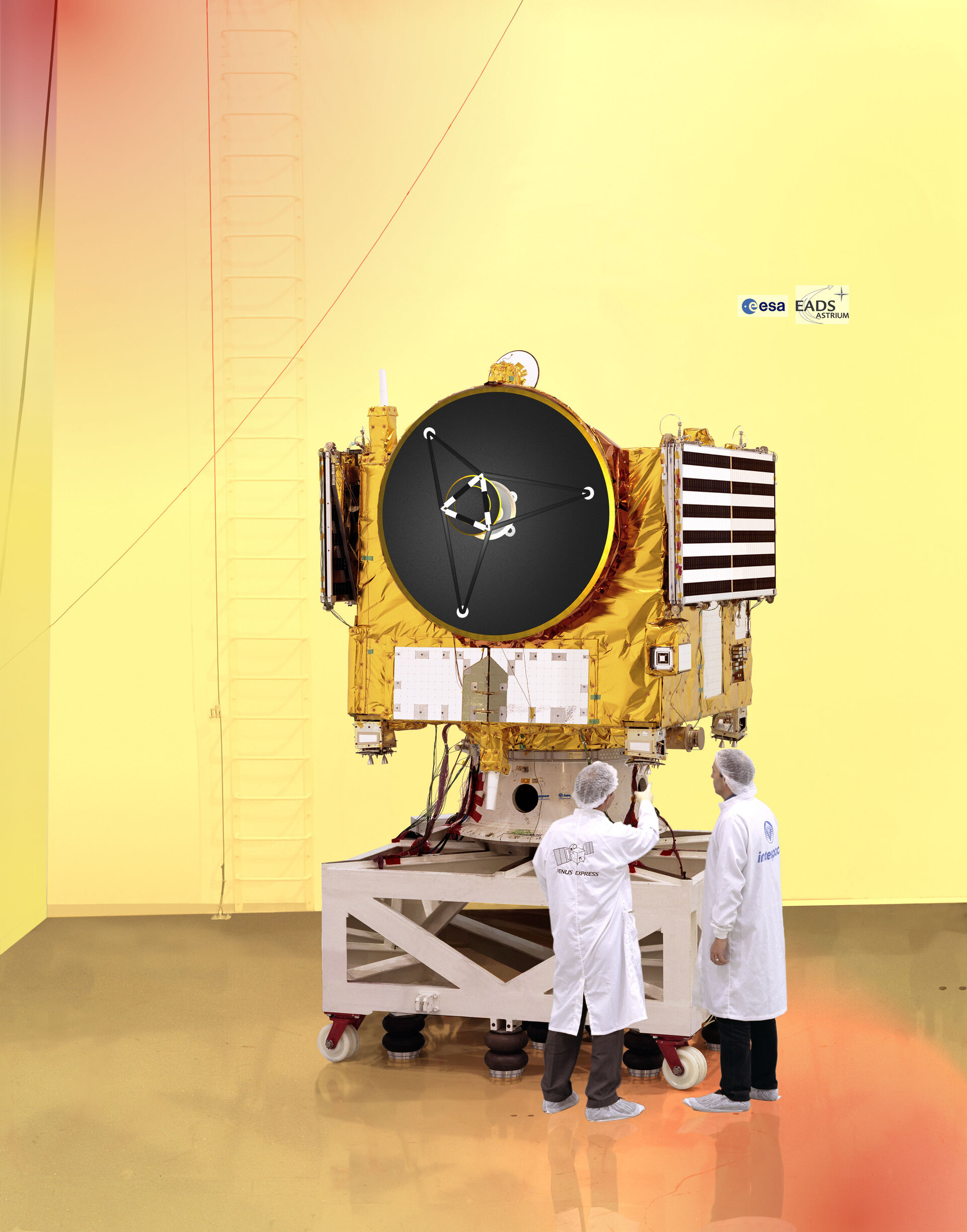 Venus Express, ESA's first mission to Earth's nearest planetary neighbour, Venus. It was launched from Baikonur a top a Soyuz-Fregat vehicle on 9 November 2005 and arrive around the planet on 11 April 2006. The mission is due to last for two Venusian days, i.e. about 500 Earth days.

The probe's payload comprises a combination of spectrometers, spectro-imagers and imagers covering a wavelength range from ultraviolet to thermal infrared, a plasma analyser and a magnetometer to study the atmosphere, plasma environment and surface of Venus in great detail.