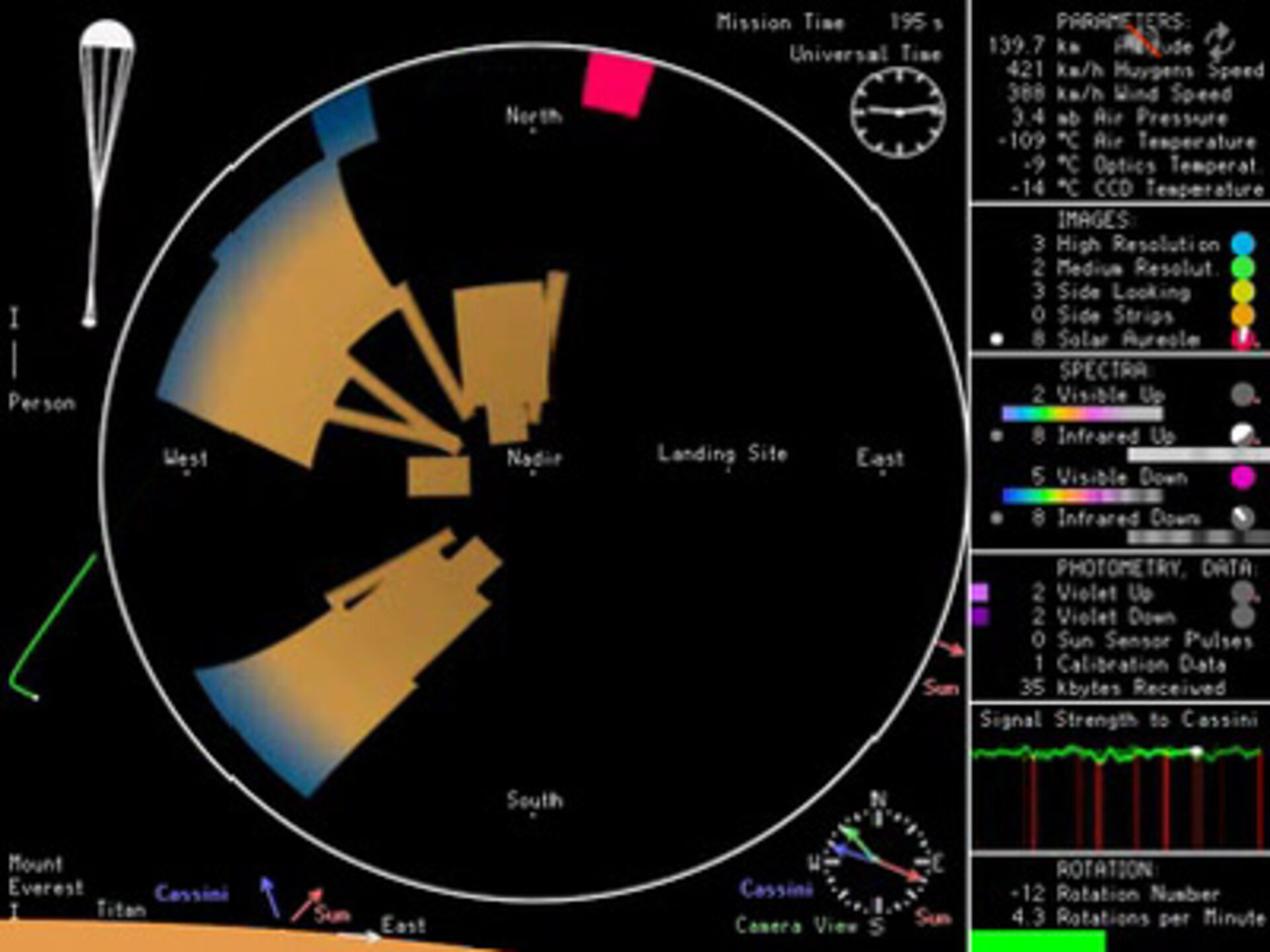 This movie, built with data collected during ESA Huygens' mission at Titan on 14 January 2005, shows the operation of the DISR camera during its descent up to touch- down. The almost 4-hour long operation of DISR is shown in less than five minutes - 40 times the actual speed up to landing and 100 times the actual speed thereafter (for a complete description click here).

The first part of the movie shows how Titan looked to DISR as it acquired more and more images during the probe's descent. Each DISR image has a small field of view, and dozens of images were made into mosaics of the whole scene.

Sounds from a left speaker trace Huygens' motion, with tones changing with rotational speed and the tilt of the parachute. There also are clicks that clock the rotational counter, as well as sounds for the probe's heat shield hitting Titan's atmosphere, parachute deployments, heat shield release, jettison of the DISR cover and touch-down.

Sounds from a right speaker go with DISR activity. There's a continuous tone that represents the strength of Huygens' signal to Cassini. Then there are 13 different chimes - one for each of DISR's 13 different science parts - that keep time with flashing-white-dot exposure counters.

During its descent, DISR took 3500 exposures.