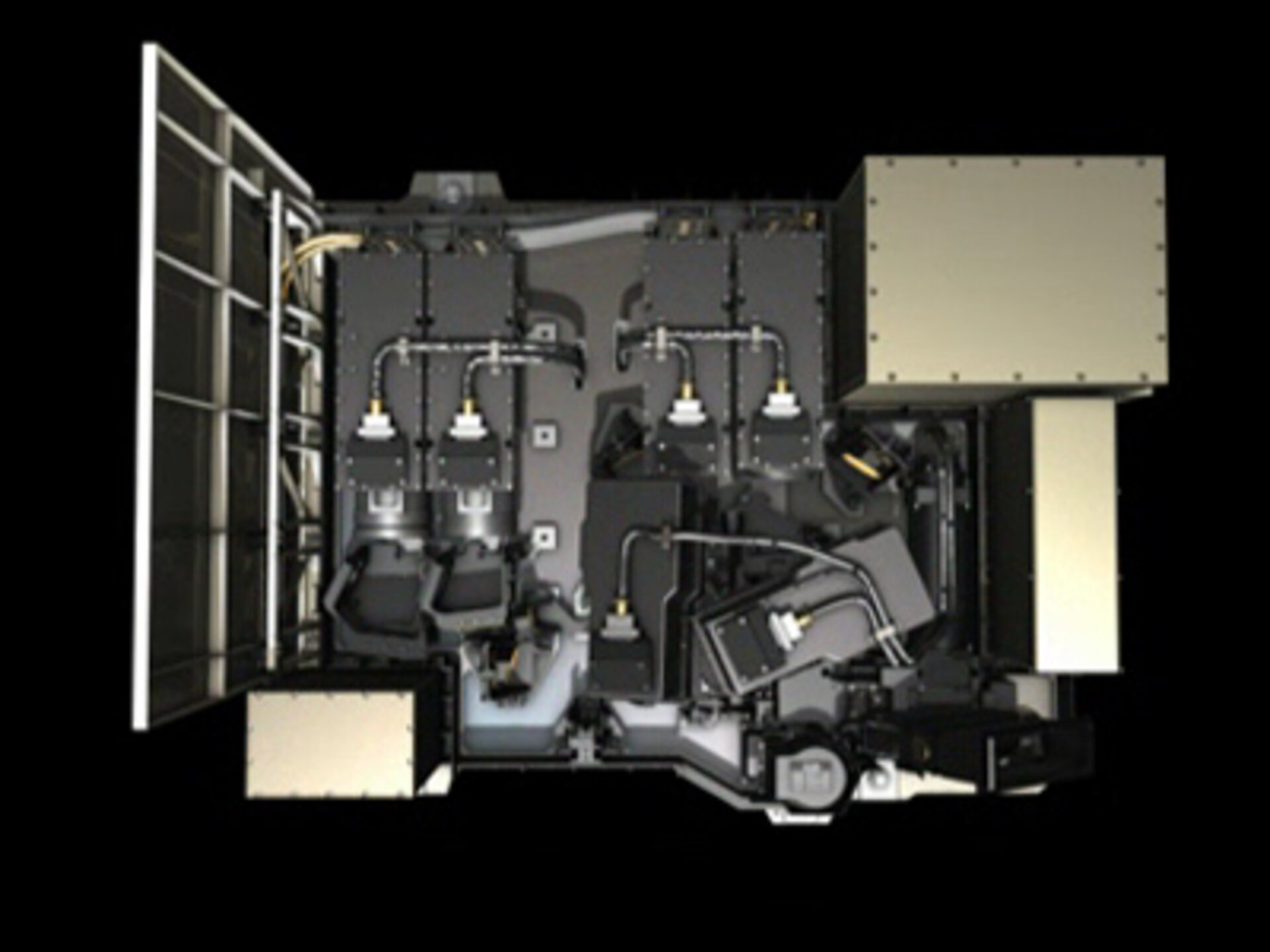 Underneath the thermal insulation cover there is a complex set of telescopes and prisms through which incoming light is initially separated into four main bandwidths. Different gases in the atmosphere absorb different wavelengths of light. The GOME-2 spectrometer is used to split the light into different wavelengths to reveal absorption lines, which correspond to certain gases present the observed sample. GOME-2 covers the 240-790 nm wavelength regions, i.e. wavelengths covering ultraviolet and visible light.

On the side of the GOME-2 instrument that faces the Earth, a mirror, which scans a swath on the surface of the Earth 1920 kilometres x 40 kilometres, directs light reflected from the Earth's atmosphere into a telescope. Behind the entrance slit, the light is bounced around by a number of mirrors before being directed through a quartz prism. The prism separates the light into four bands (red, green, blue and ultraviolet). These four beams are then split further by 'holographic gratings' to resolve the light to 0.5 nm wavelengths and better.


Periodically, the scan mirror is pointed towards the black box on the right for calibration purposes; here light is picked up directly from the Sun and used as a reference.