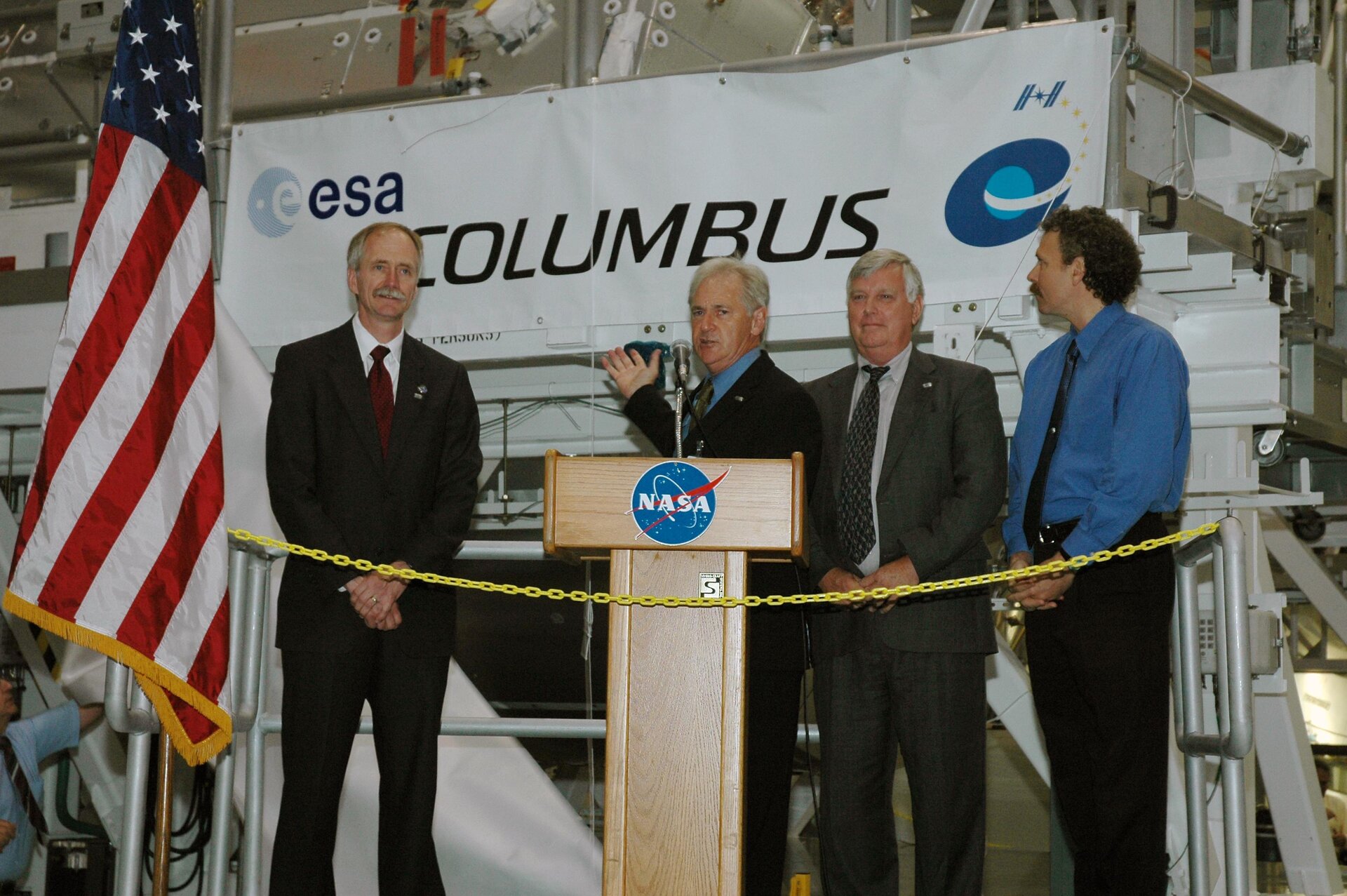 NASA ceremony to mark the arrival of Columbus in Florida