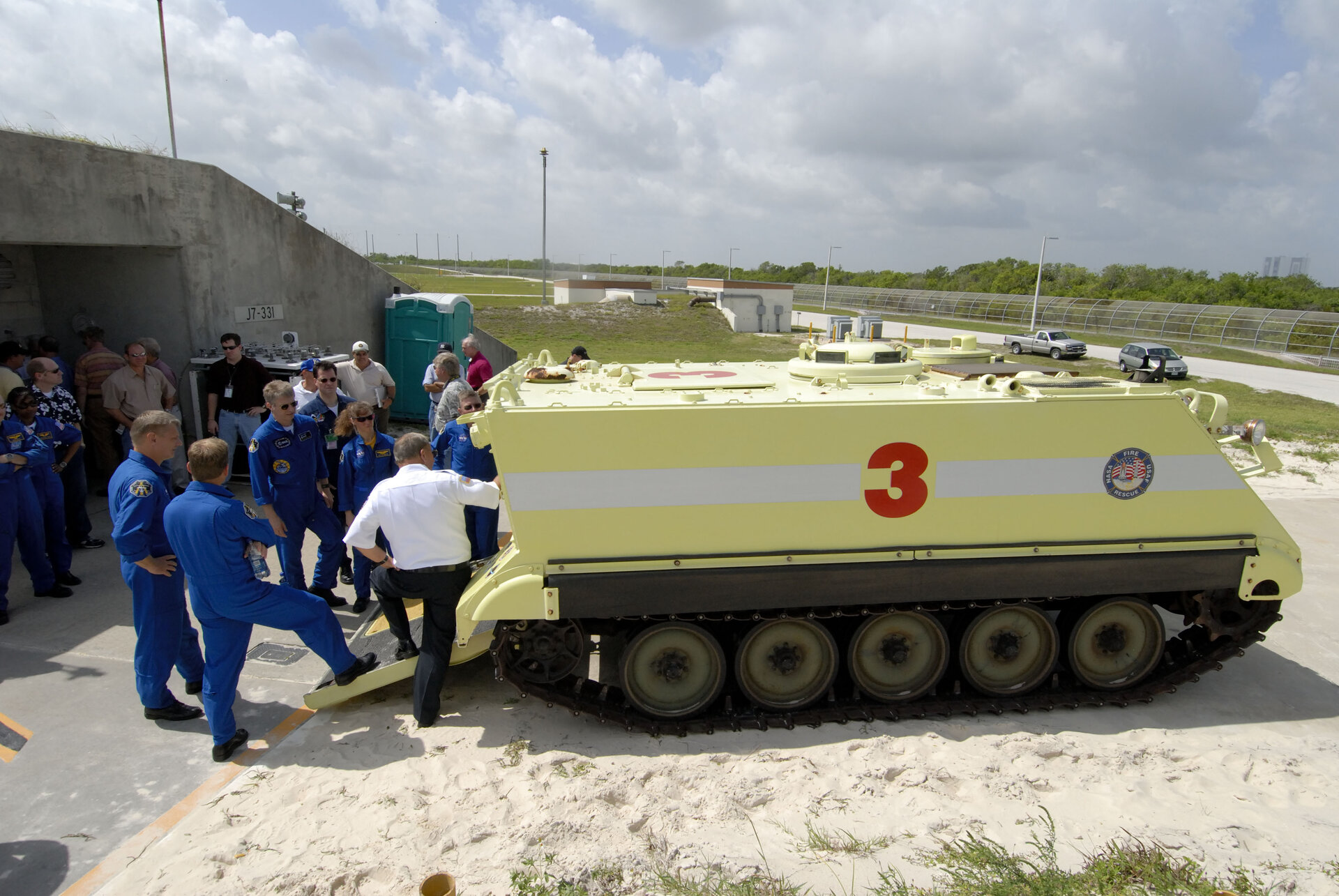 The STS-121 mission crew during their training at NASA's Kennedy Space Center, in Florida. The crew is at Kennedy for Terminal Countdown Demonstration Test activities. Over several days, the crew will practice emergency egress from the pad and suit up in their orange flight suits for the simulated countdown to launch. Space Shuttle Discovery is designated to launch on the STS-121 mission to the ISS in July.