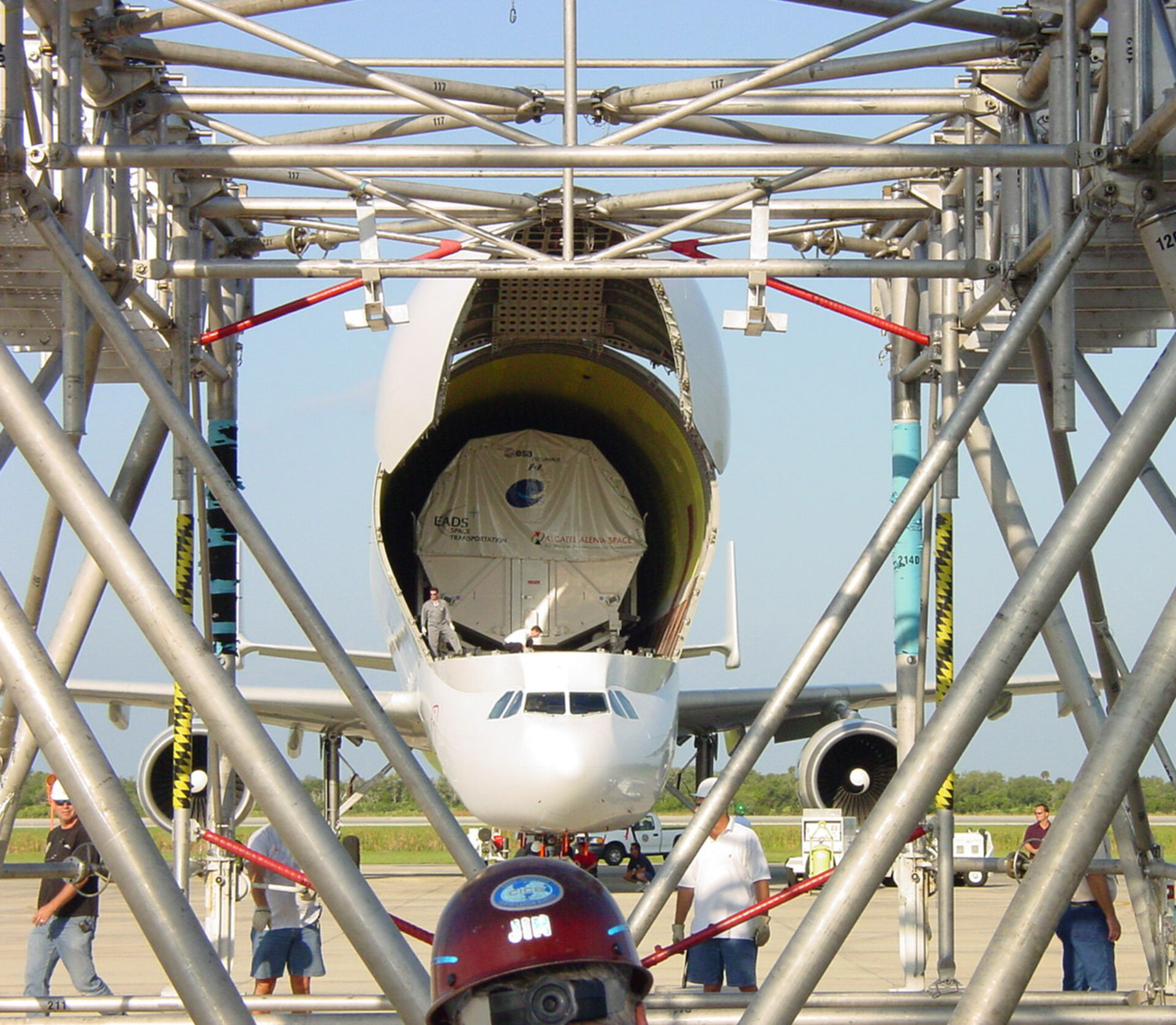 Having arrived at NASA's Kennedy Space Center, in Florida, the United States, the container containing Columbus laboratory is removed from the Beluga aircraft.