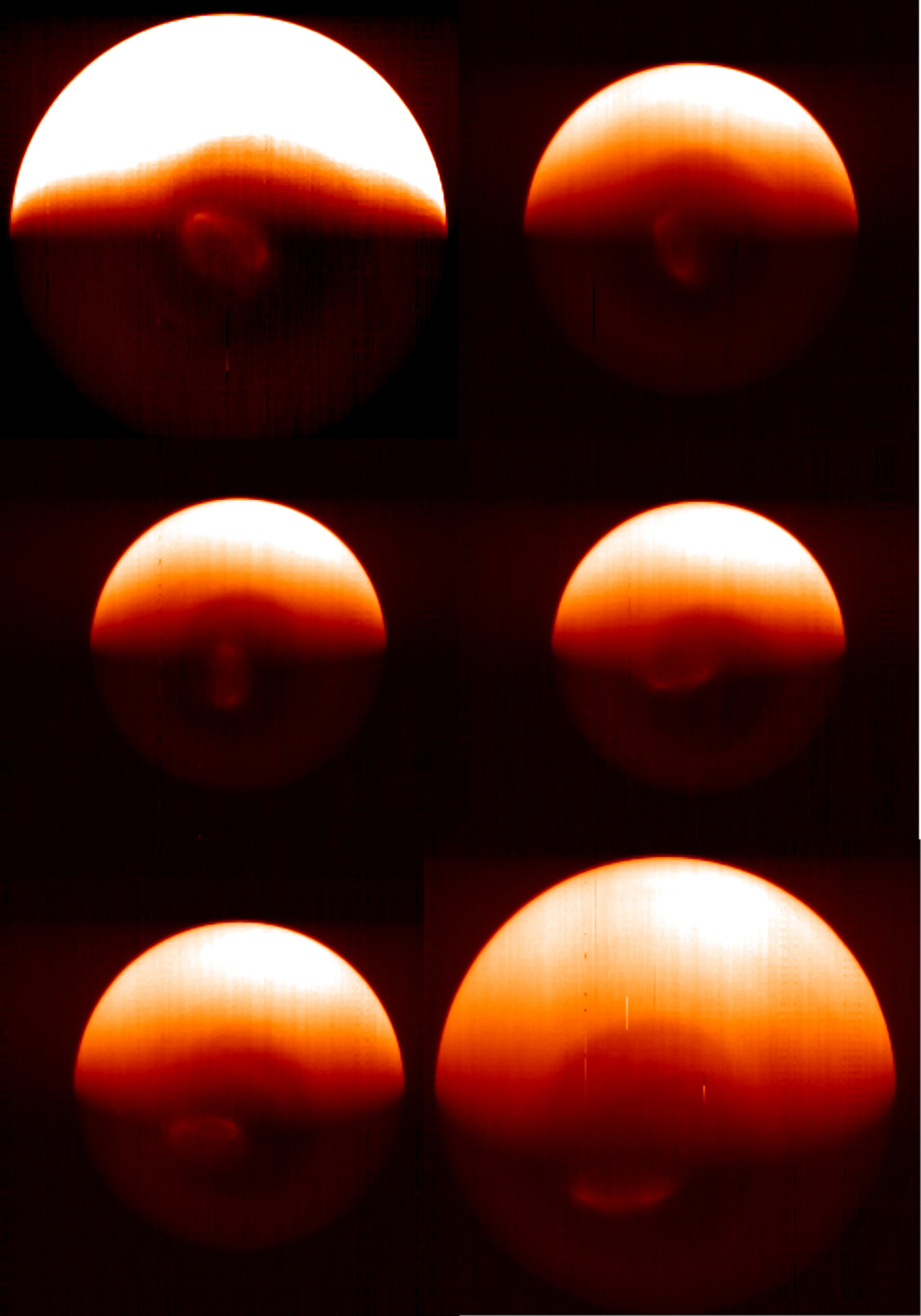 This composite image shows six infrared views of Venus as seen by the Ultraviolet/Visible/Near-Infrared spectrometer (VIRTIS) on board ESA’s Venus Express spacecraft between 12 and 19 April 2006, during the first orbit, or ‘capture orbit’, around the planet.

The south polar vortex structure is visible from different view points close to the centre of the images, mostly in the dark side.