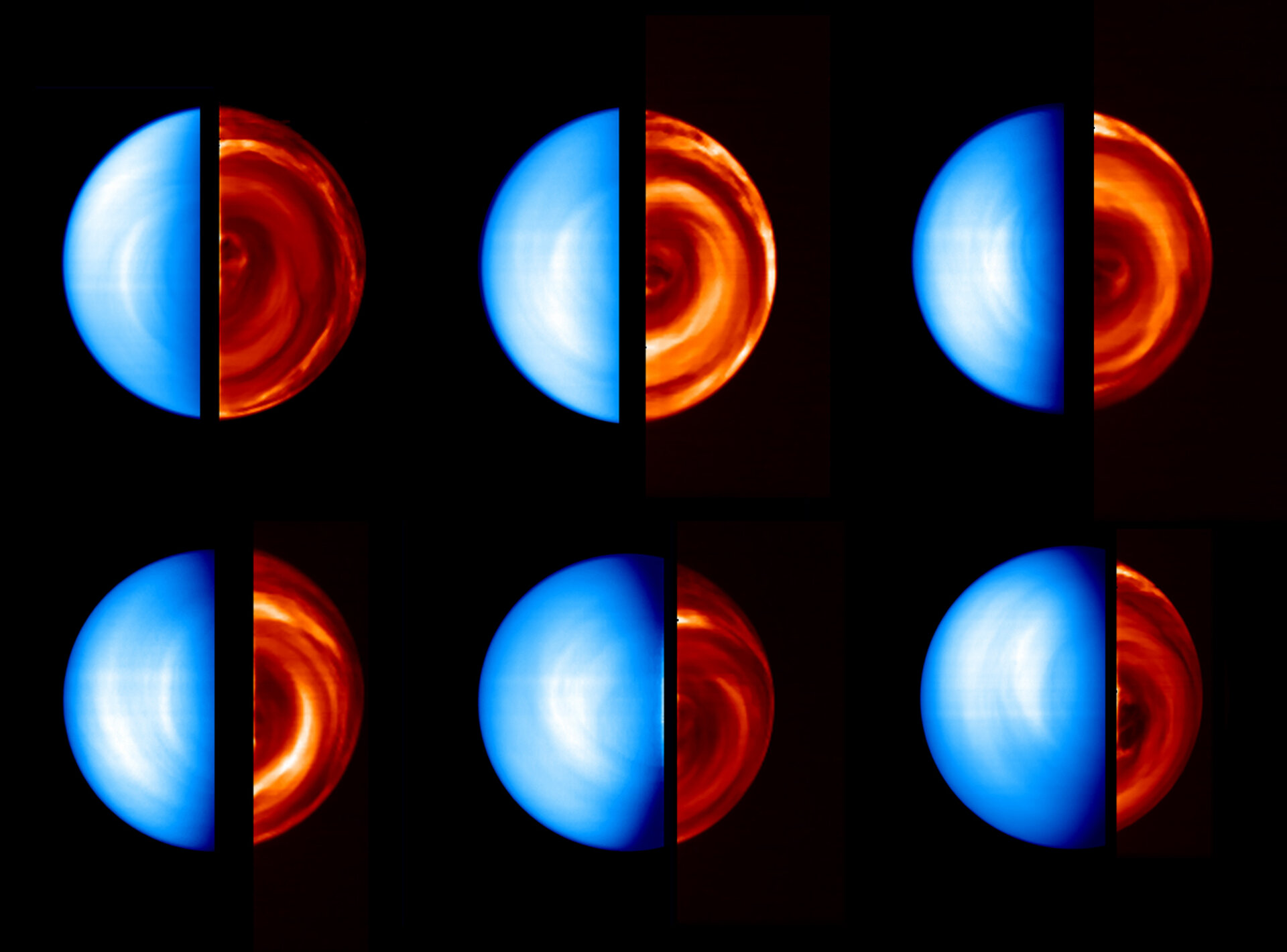 Views of Venus day and night side

This sequence of images was taken by the Ultraviolet/Visible/Near-Infrared spectrometer (VIRTIS) on board ESA’s Venus Express spacecraft between 12 and 19 April 2006, during the first orbit (capture orbit) around the planet.

Each image is the composite of the day side of Venus (left, in blue, taken in visible light at 380 nanometres) and the night side (right, in a red colour scheme, taken in infrared light at 1.7 microns).

The visible part shows solar radiation reflected by the atmosphere. The infrared part shows complex cloud structures, revealed by the thermal radiation coming up from different atmospheric depths. Venus Express can resolve these structures by use (for the first time from orbit) of the so so-called ‘infrared windows’ present in the atmosphere of Venus. In fact, if observed at certain wavelengths, it is possible to detect thermal radiation leaking from the deepest atmospheric layers, revealing what lies beneath the dense cloud curtain situated at about 60 kilometres altitude.

In the colour scheme of the presented infrared images, the brighter the colour, the more radiation comes up from the lower layers.