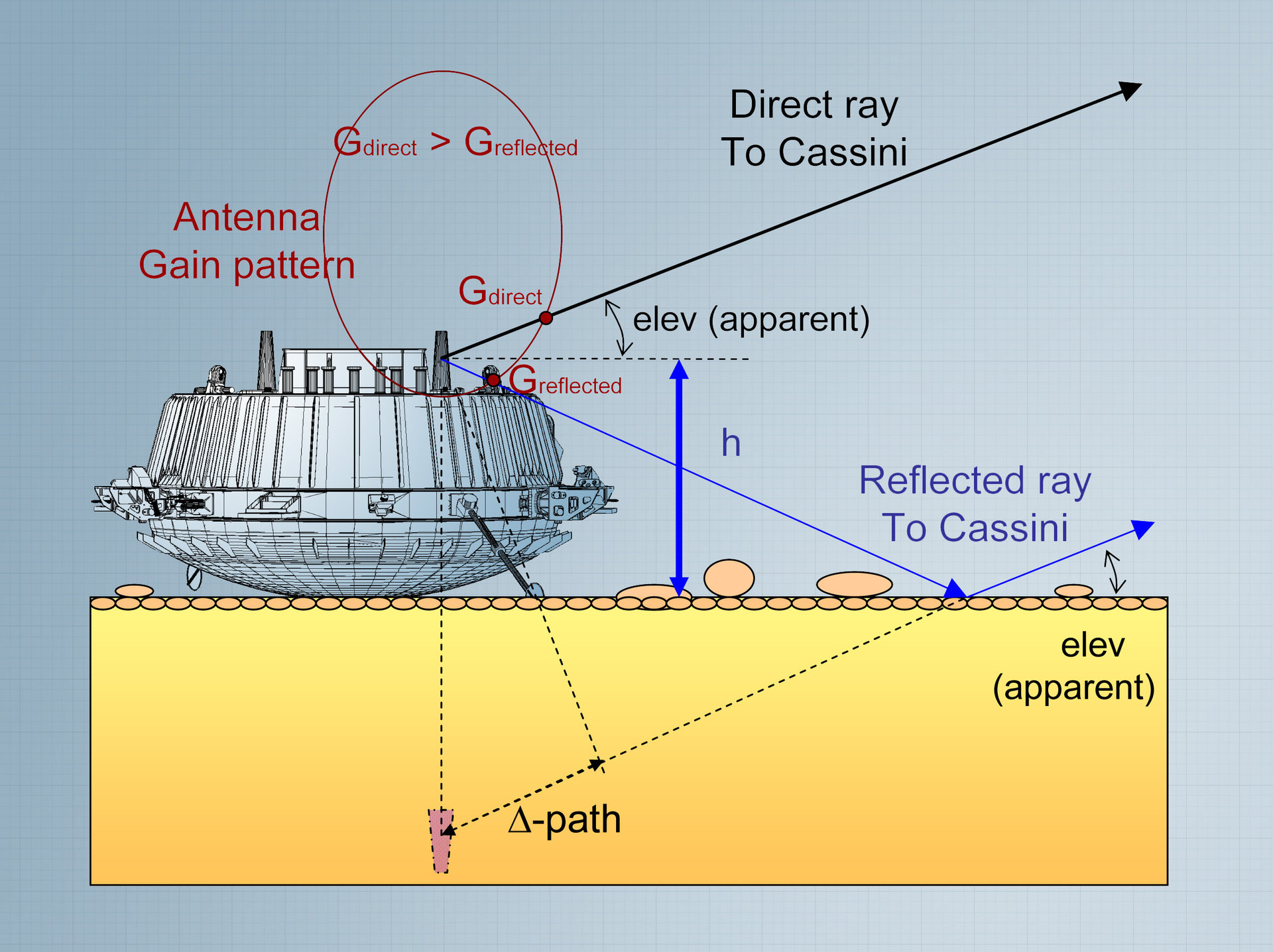 This technical sketch illustrates the radio signals emitted by the Huygens probe from Titan's surface after touch down on 14 January 2005. The probe survived the impact and continued to transmit to the Cassini mothership, orbiting above. Part of that radio signal ‘leaked’ downwards and hit the surface of Titan before being reflected back up to Cassini. On its way up, it interfered with the direct beam. Thanks to this 'multipath' phenomena related to the Huygens radio signal, it has been possible to deduce that the surface swathe must be relatively flat and covered mostly in stones of around 5-10 centimetres in diameter.