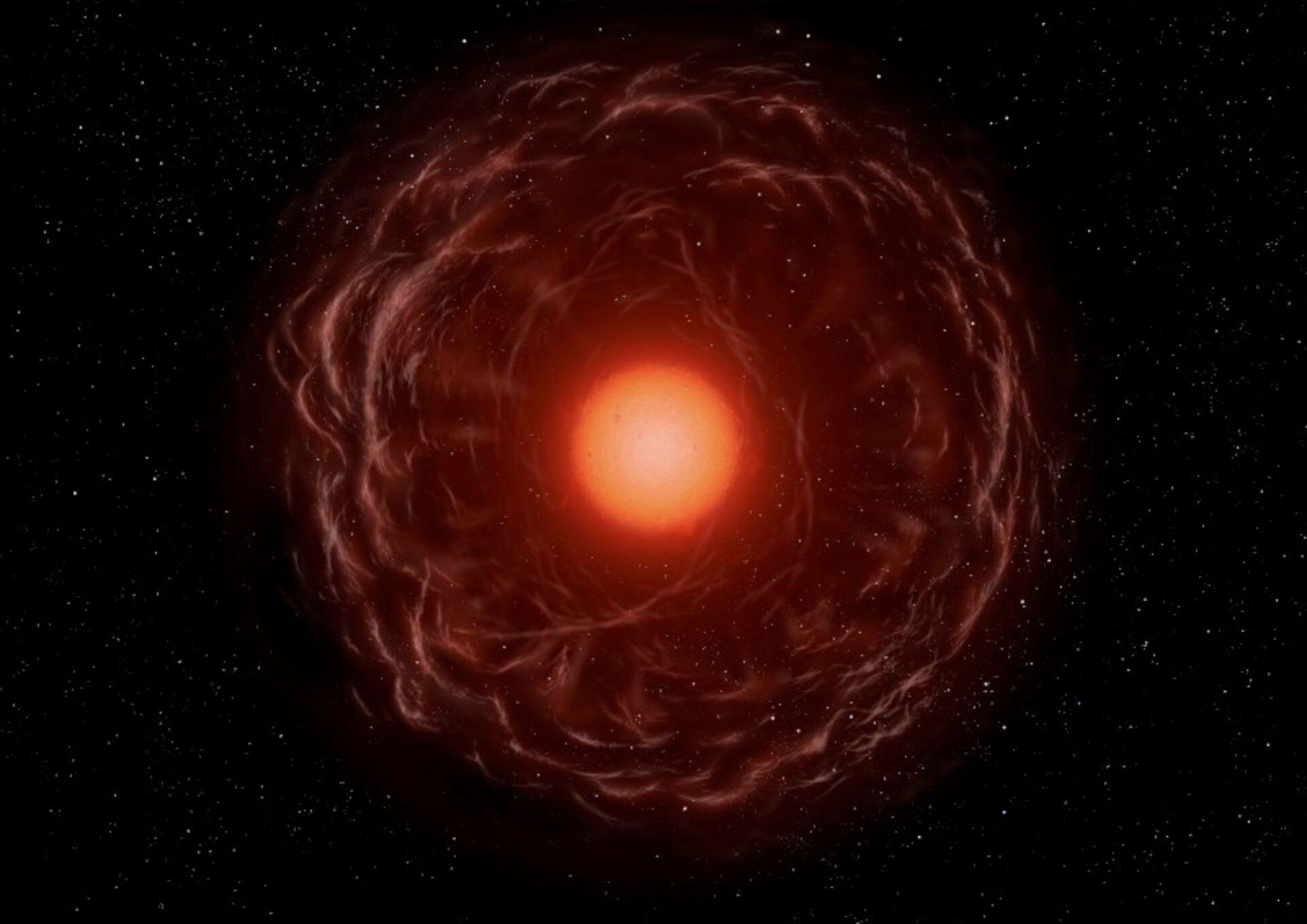 This artist’s impression shows a ‘red-giant’ star ejecting matter. Stars with masses close to that of our Sun become ‘red-giant’ stars in the later stages of their life. The radius of a red-giant star expands to a size comparable to the orbit of the Earth, and the matters at the surface of the star flows out and escapes. Dust is formed in the out-flowing gas when the temperature decreases. This mixture of gas and dust is blown away from the central star, and expands into space. The dust cloud seen by the infrared satellite AKARI in U Hydrae was formed about 10 000 years ago by an intense mass ejection, and it reached an extension of about 0.3 light years.