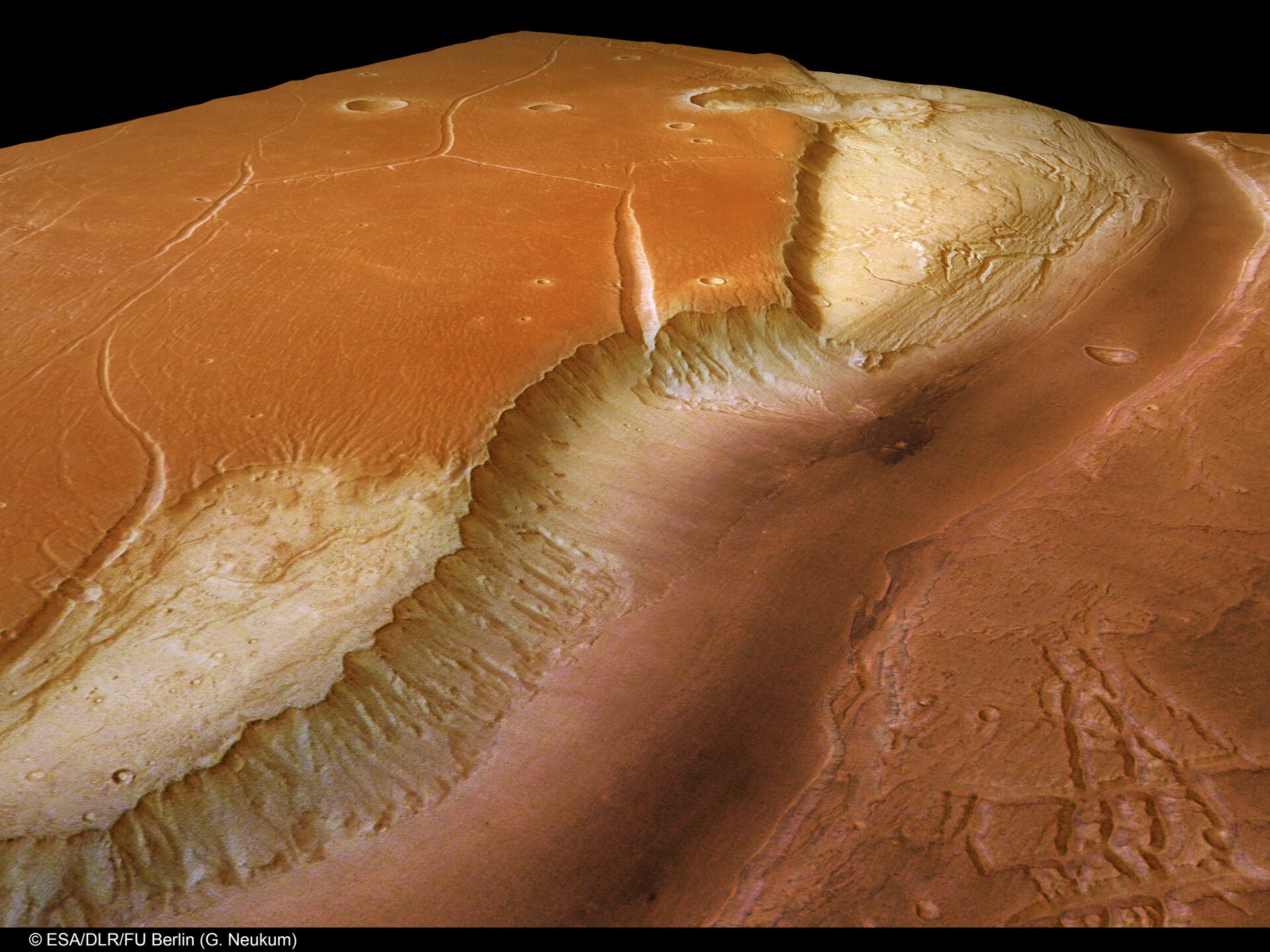 This image, taken by the High Resolution Stereo Camera (HRSC) on board ESA's Mars Express spacecraft, shows the region of Kasei Valles, one of the biggest outflow channel systems on Mars. The HRSC obtained this image during orbit 1429 on 26 February 2005, at a ground resolution of approximately 29 metres per pixel.

The image shows a perspective view of the Northern branch of Kasei Valles looking to the West (the image has been rotated approximately 90 degrees clockwise so that North is to the right). As one of the biggest outflow channel systems on Mars, Kasei Valles was probably formed by gigantic flood events and later additionally shaped by glacial activity.