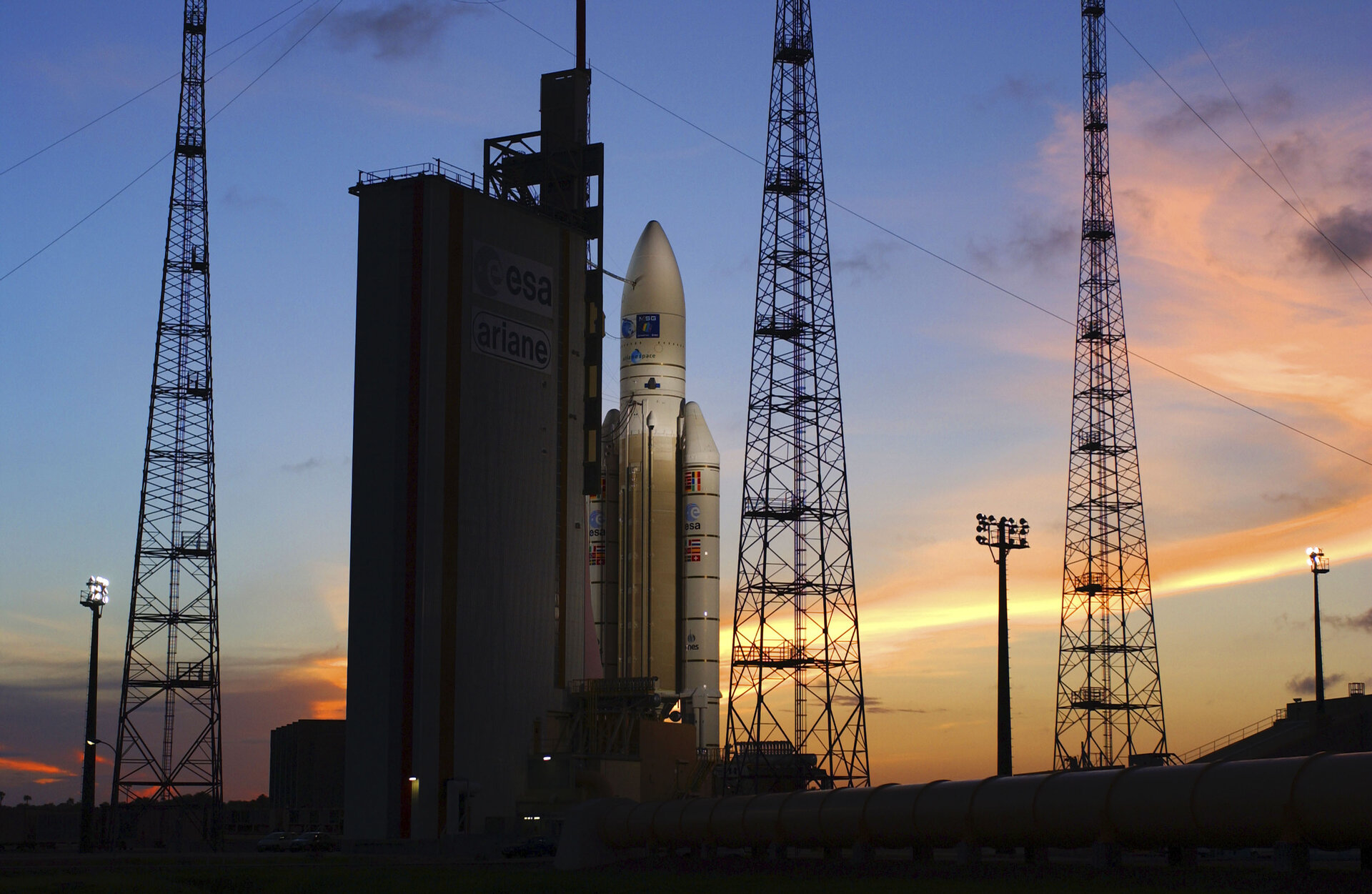 An Ariane 5 sits on its launch table in the dusk, surrounded by four 80 metre lightning towers, at the Ariane Launch Complex No.3 (ELA-3) of the Guiana Space Centre, Europe's space port, shortly before launch on 28 August 2002. On this flight (V155), the payloads were ESA's MSG-1 new generation geostationary weather satellite and Atlantic Bird 1, a European communications satellite.

The Ariane 5 program was decided by ESA in 1987 to provide a successor to the initial Ariane 1 to 4 series of vehicles in order to ensure continuity of Europe's guaranteed access to space. The development program was delegated to CNES, the French space agency. Ariane 5 was introduced in 1996. The first successful flight of an Ariane 5G was conducted in October 1997 and this version became operational in 1999 with Arianespace taking over commercial operations on behalf of ESA. Its first commercial flight, in December 1999, lofted ESA's XMM-Newton X-ray observatory to a highly elliptical orbit.