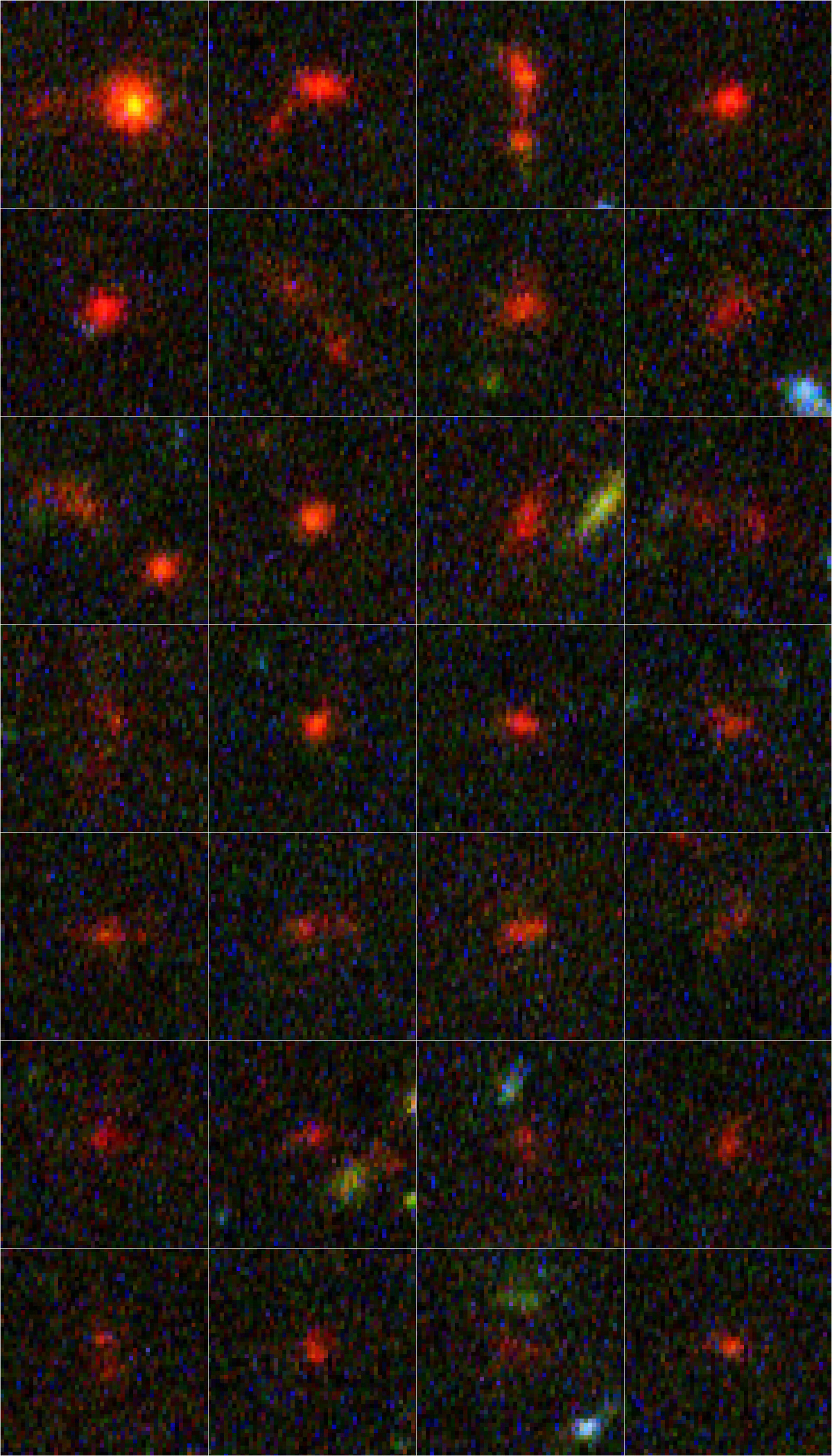 Astronomers analyzing two of the deepest views of the cosmos made with the NASA/ESA Hubble Space Telescope have uncovered a gold mine of galaxies, more than 500 that existed less than a thousand million years after the Big Bang. These galaxies thrived when the cosmos was less than 7 percent of its
present age (13.7 thousand million years). This sample represents the most comprehensive compilation of galaxies in the early Universe (28 are seen here), researchers said.

The galaxies appear red because of their tremendous distance from Earth. The blue light from their young stars took nearly 13 thousand million years to arrive at Earth. During the journey, the blue light was shifted to red light due to the expansion of space.