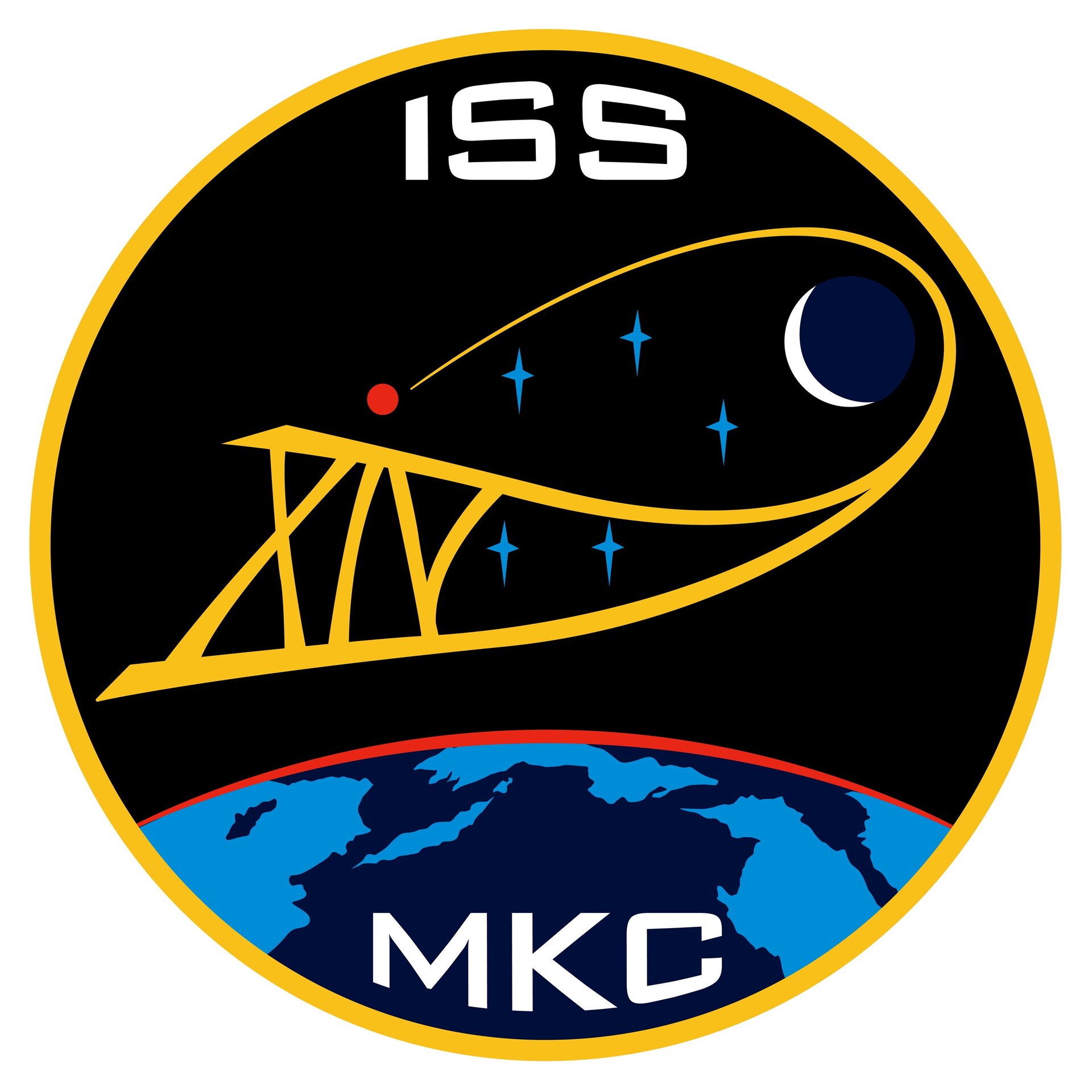 This emblem embodies the past, present, and future of human space exploration. The Roman numeral XIV suspended above the Earth against the black background of space symbolizes the Expedition 14 mission to the International Space Station (ISS), or Международная Космическая Станция. Elements of this symbol merge into a unified trajectory destined for the Moon, Mars, and beyond, much as science and operations aboard the ISS today will pave the way for future missions to our celestial neighbors. The five stars honour the astronauts and cosmonauts of missions Apollo 1, Soyuz 1, Soyuz 11, Challenger, and Columbia, who gave their lives in the pursuit of knowledge and discovery.