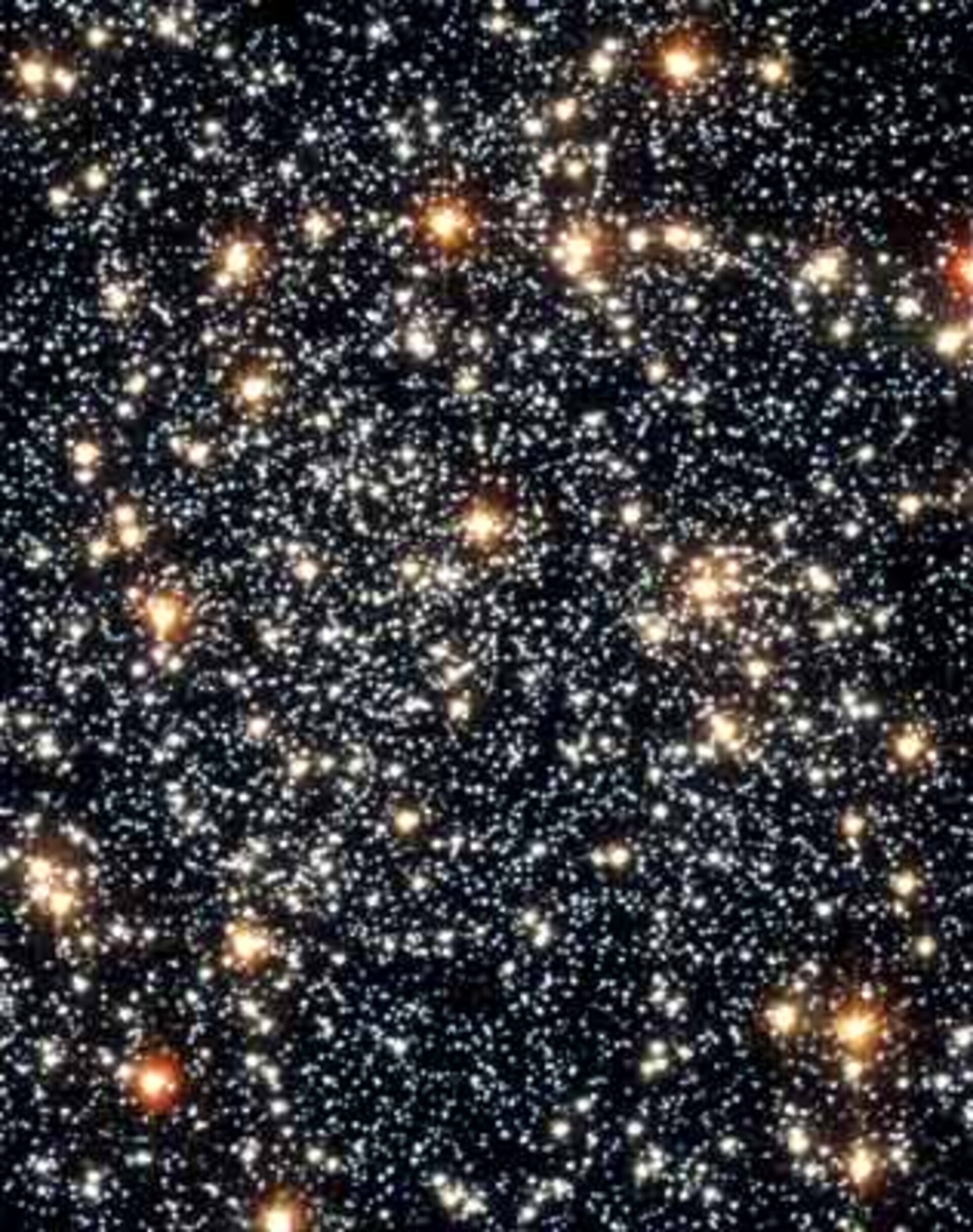 This image, taken with Hubble's Advanced Camera for Surveys, shows the core of 47 Tucanae. Multiple photos of this region allowed astronomers to track the 'beehive swarm' motion of stars. Precise velocities were obtained for nearly 15 000 stars in this cluster.

The image was taken during a seven year study performed by Hubble, which provided astronomers with the best observational evidence yet that globular clusters sort out stars according to their mass, governed by a gravitational billiard ball game between stars. Heavier stars slow down and sink to the cluster’s core, while lighter stars pick up speed and move across the cluster to its periphery. This process, called 'mass segregation', has long been suspected for globular star clusters, but has never before been directly seen in action.