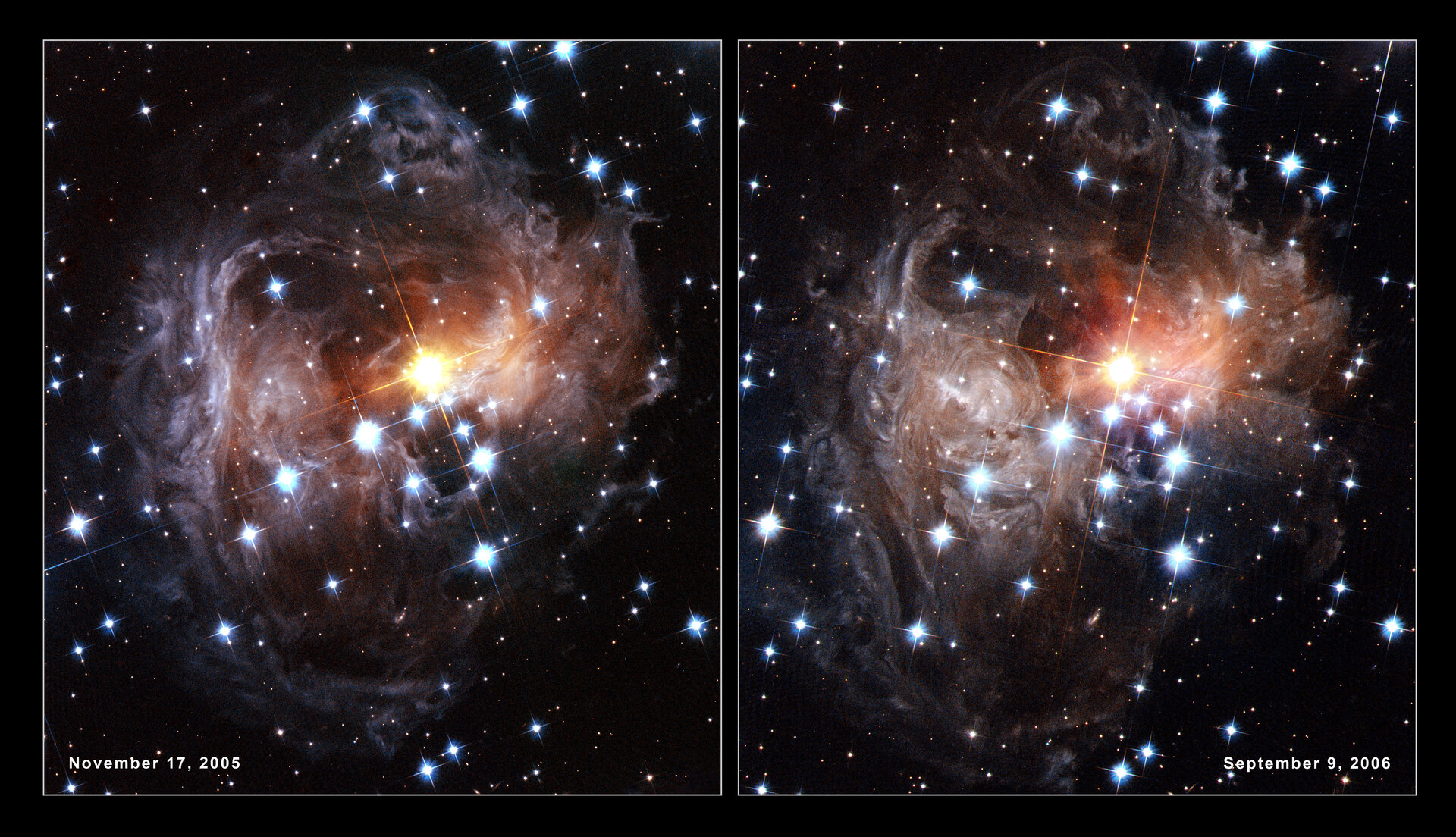 These images show the evolution of the light echo around the star V838 in the constellation of Monoceros. They were taken by the Hubble Advanced Camera for Surveys in November 2005 (left) and again in September 2006 (right). The numerous whorls and eddies in the interstellar dust are particularly noticeable. Possibly they have been produced by the effects of magnetic fields in the space between the stars.