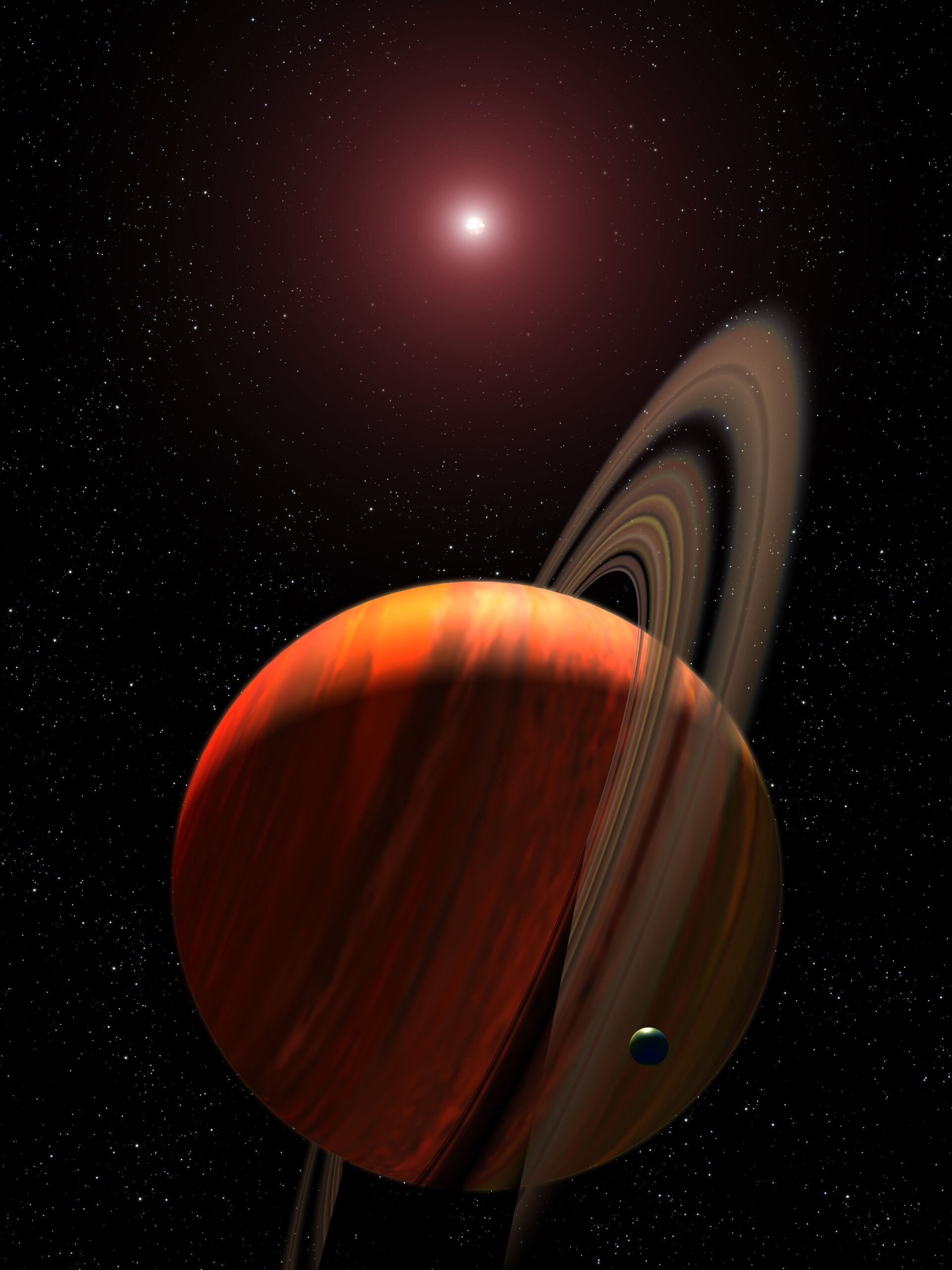 Artist’s view of exoplanet around a red dwarf

This is an artist's concept of a gas giant planet orbiting a red dwarf K star (system name OGLE-2003-BLG-235L/MOA-2003-BLG-53L). The planet has not been directly imaged, but its presence was detected in 2003 microlensing observations of a field star in our galaxy. Gravitational microlensing happens when a foreground star amplifies the light of a background star that momentarily aligns with it.
Follow-up observations by Hubble Space Telescope in 2005 separated the light of the slightly offset foreground star from the background star. This allowed the host star to be identified as a red dwarf star located 19,000 light-years away. The Hubble observations allow for the planet's mass to be estimated at 2.6 Jupiter masses. The characteristics of the lensing event show that the planet is in a Jupiter-sized orbit around its parent red star. The rings and moon around the gas giant are hypothetical, but plausible, given the nature of the family of gas giant planets in our solar system.