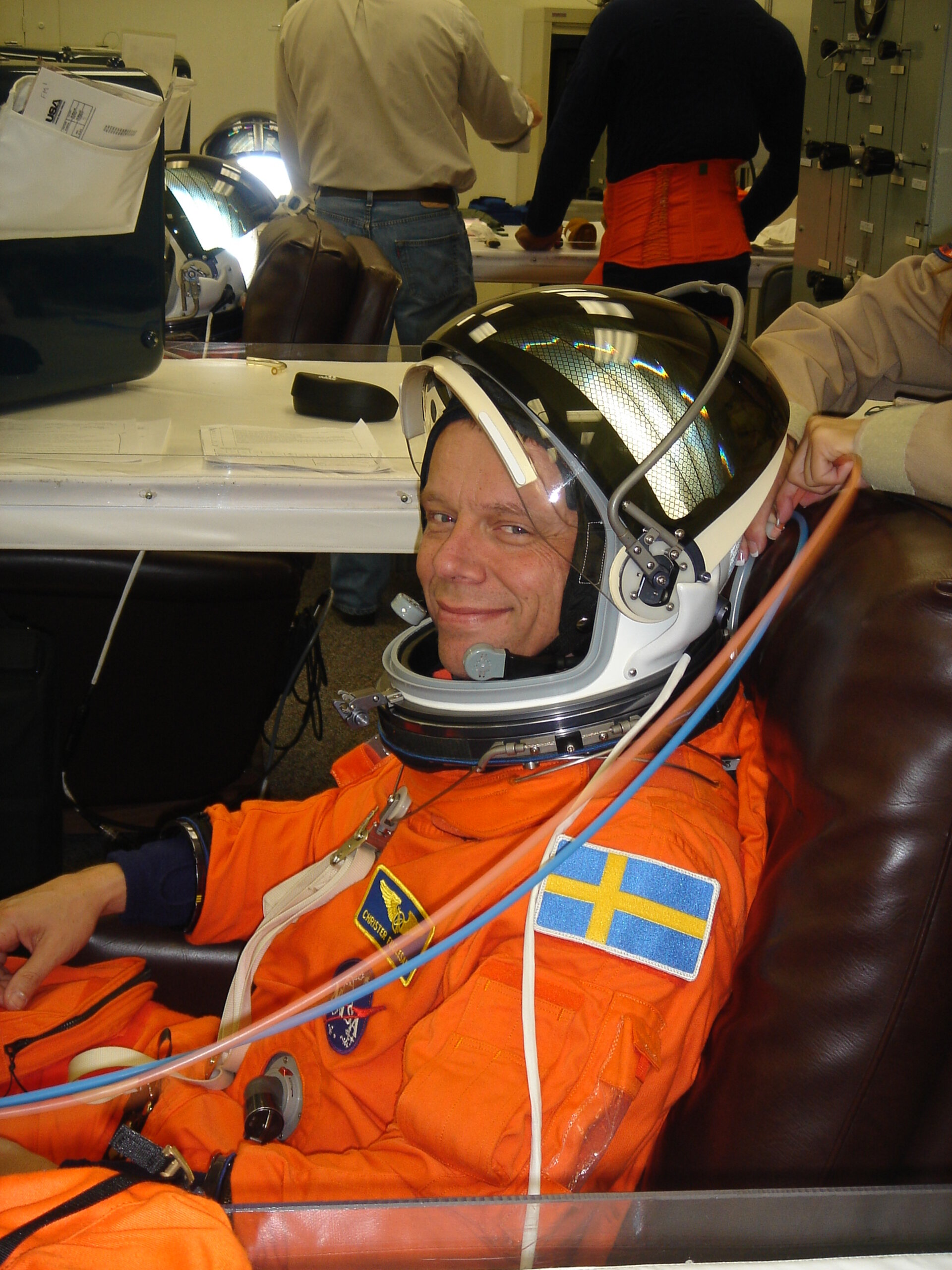 Swedish ESA astronaut Christer Fuglesang is helped into his orange Advanced Crew Escape Suit (ACES) in preparation for the practice countdown. Fuglesang and the rest of the STS-116 crew spent several days at NASA's Kennedy Space Center, in Florida, taking part in Terminal Countdown Demonstration Test (TCDT) activities. The final part of this training is a practice countdown when the crew is taken through a dress reheasal of the countdown to launch.