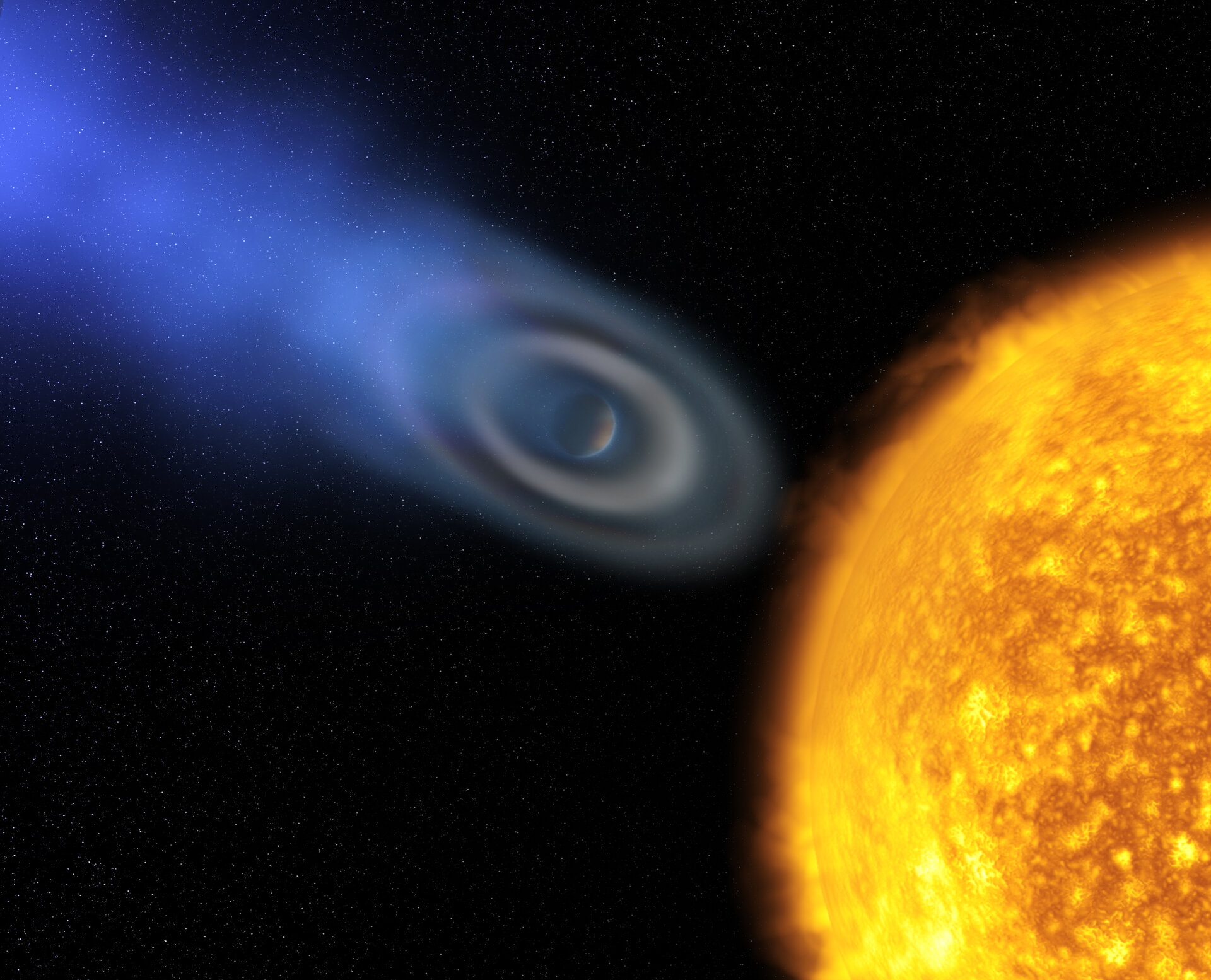 This artist's impression shows an extended ellipsoidal envelope - the shape of a rugby-ball – of oxygen and carbon discovered around the well-known extrasolar planet HD 209458b.
An international team of astronomers led by Alfred Vidal-Madjar (Institut d’Astrophysique de Paris, CNRS, France) observed the first signs of oxygen and carbon in the atmosphere of a planet beyond our Solar System for the first time using the NASA/ESA Hubble Space Telescope.
The atoms of carbon and oxygen are swept up from the lower atmosphere with the flow of escaping atmospheric atomic hydrogen - like dust in a supersonic whirlwind – in a process called atmospheric 'blow off'.