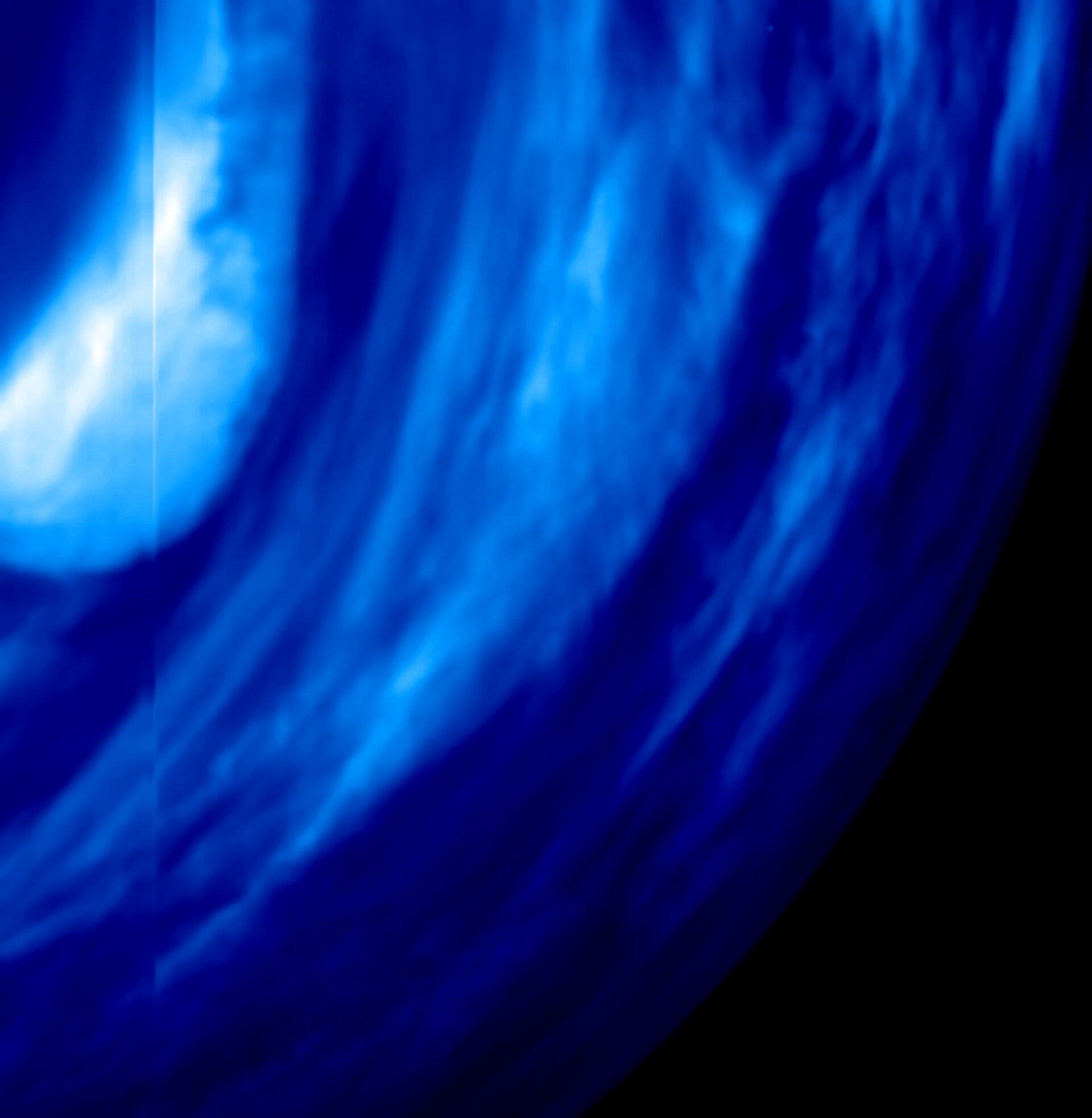 This night-side, false-colour image was taken by the Visible and Infrared Thermal Imaging Spectrometer (VIRTIS) on board Venus Express on 23 September 2006, when the spacecraft was flying at about 60 000 kilometres over the planet around the point of furthest distance from the surface (apocentre). It was taken at 1.7-micrometre wavelength, and shows an area close to the South pole (out of the field of view beyond the top left of the image).

The bright big spot on the left of the image corresponds to an area where the cloud deck is thinner. Such regions, similar to large holes, allow the thermal radiation from below the clouds layer to increase significantly with respect to the surrounding areas, and make it possible to probe very deep in the atmosphere with a limited attenuation from the clouds.