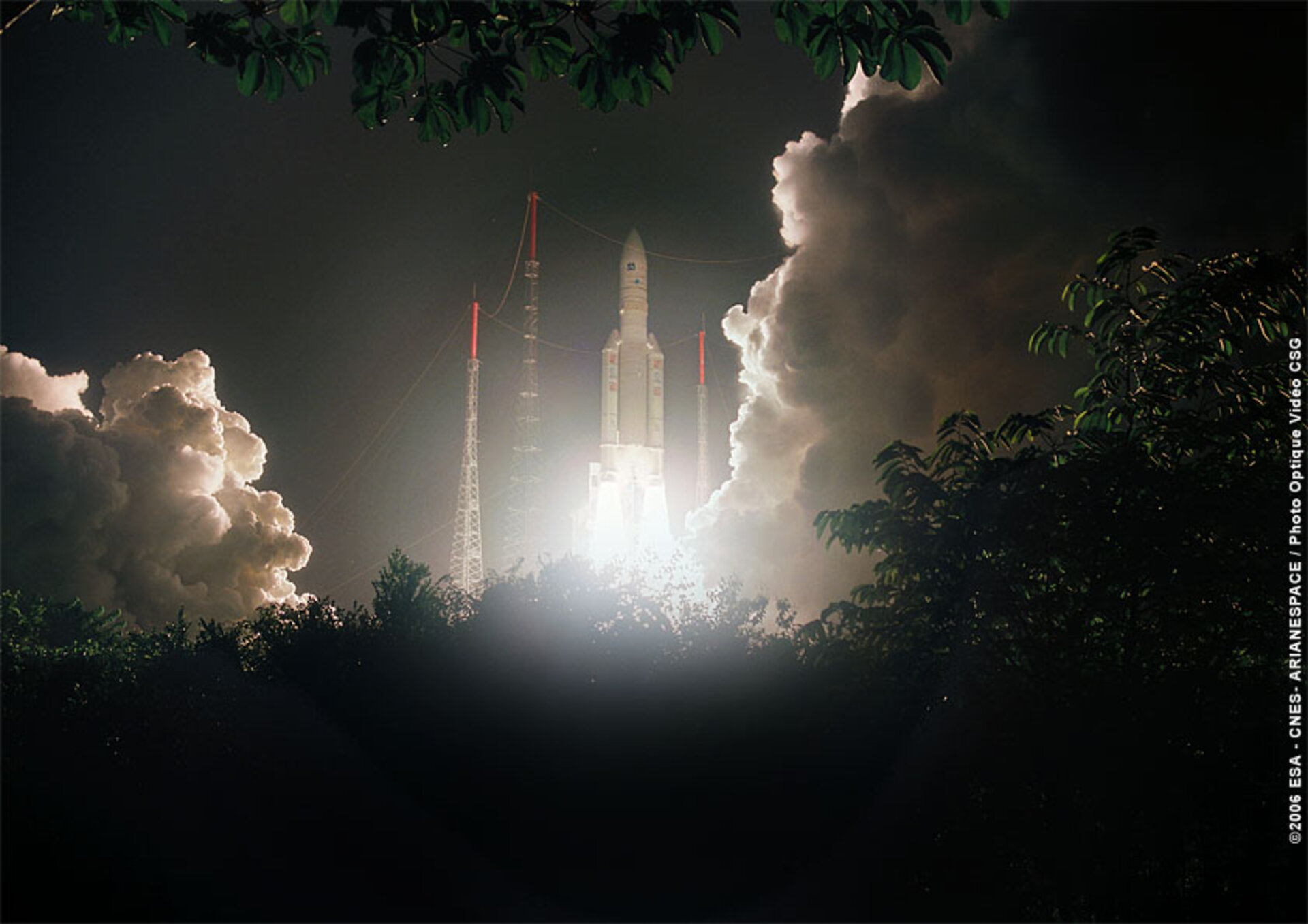 On 8 December 2006, the fifth Ariane 5 launch of 2006 took place. An Ariane 5 ECA launcher lifted off from Europe’s Spaceport in French Guiana on its mission to place two satellites into geostationary transfer orbits.

The payload satellites were WildBlue-1, which occupied the upper position in the payload ‘stack’ on the launch vehicle, and AMC-18, which was installed in the lower position.