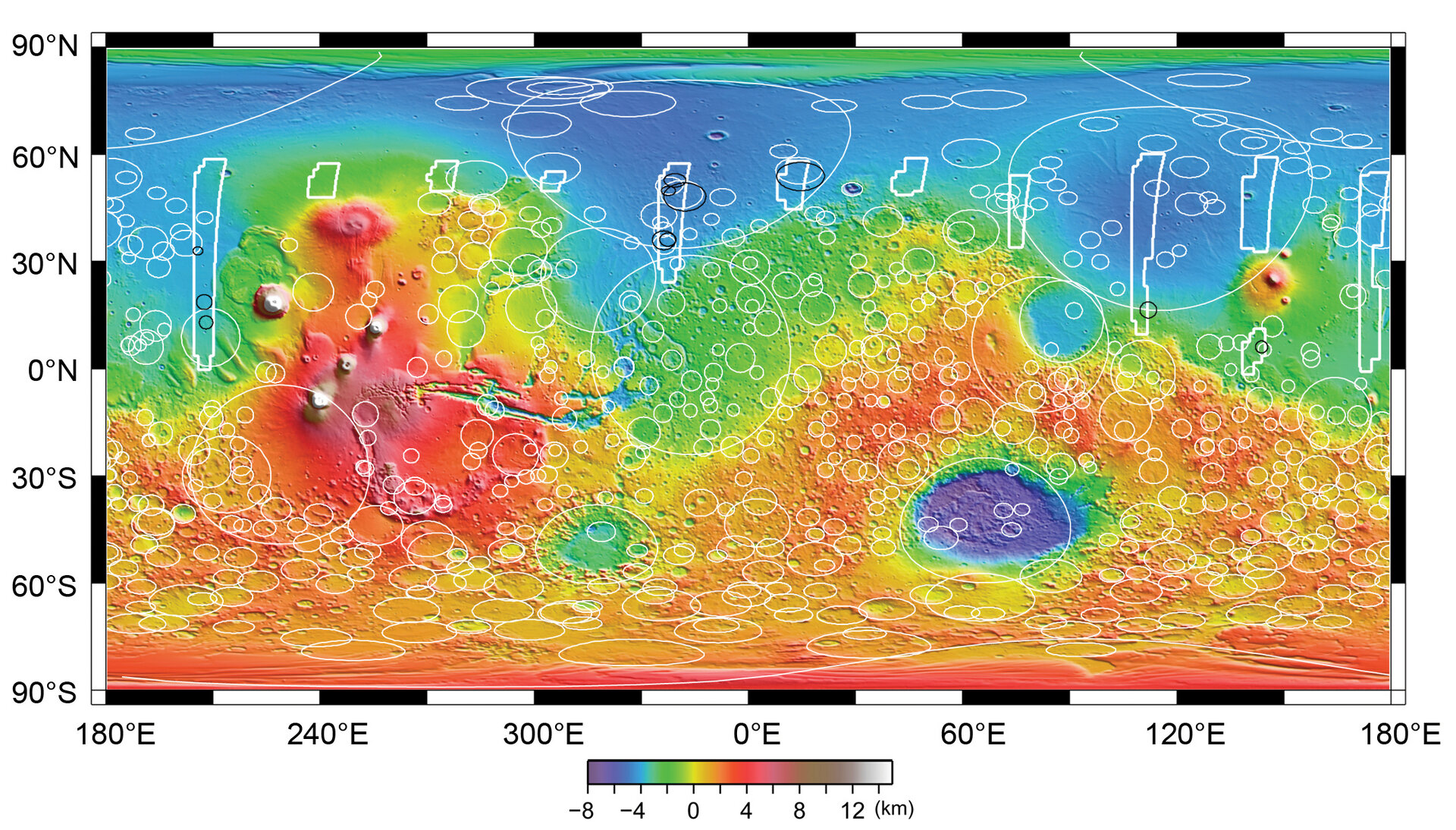 This image shows the locations of the buried basins detected by the MARSIS sounding radar on board ESA’s Mars Express in July 2005. Locations and inferred diameters from MARSIS echoes are shown in black on a MOLA colour-coded shaded relief.