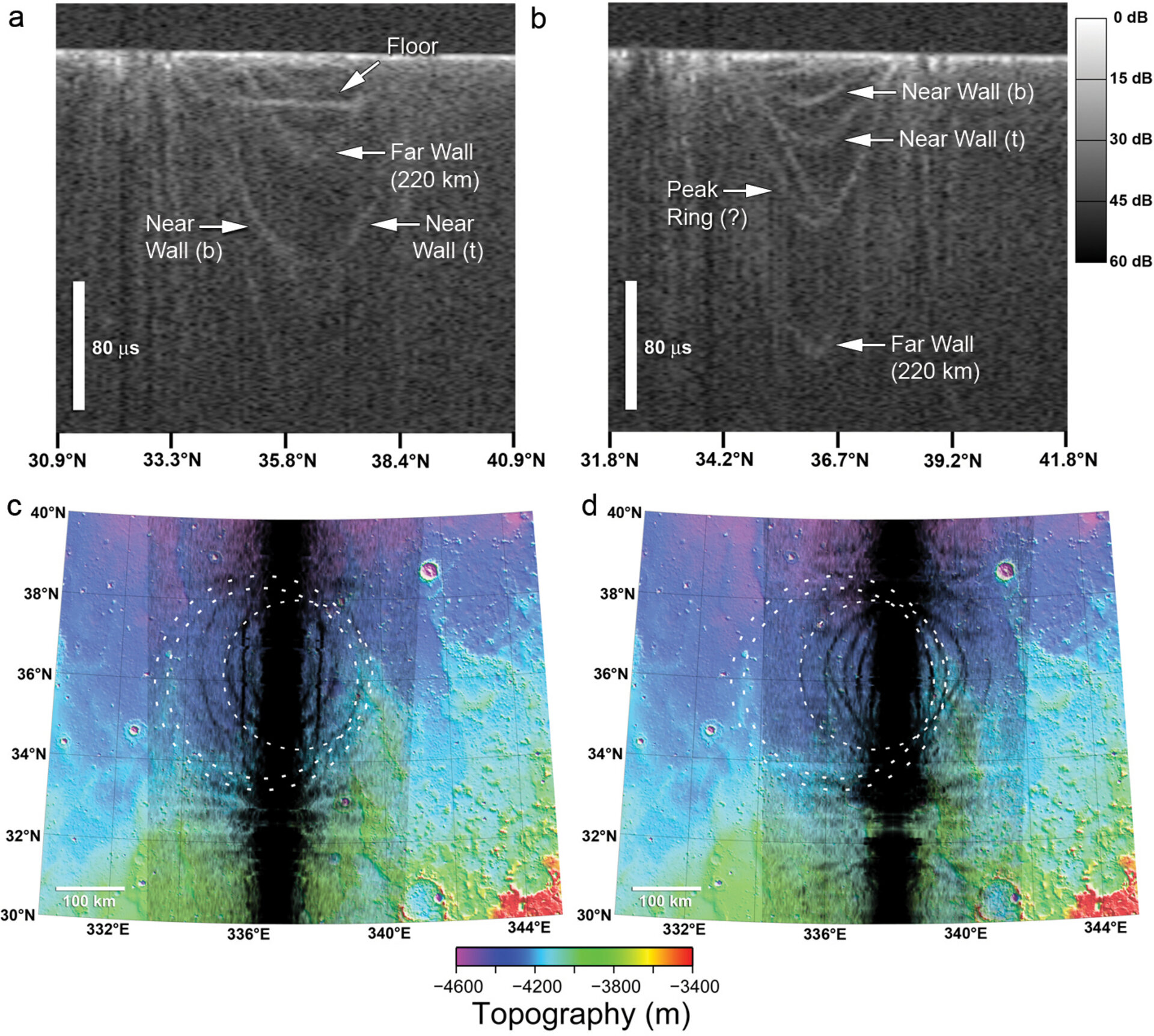 Other subsurface echoes from buried basins

Radargrams and ground-range projections of MARSIS data obtained in July 2005 when Mars Express was flying over the Chryse Planitia region of Mars. The two bottom images show the subsurface echoes projected on MOLA colour-coded shaded relief. Echoes are plotted in time-delay versus position along the orbit track. The peak surface return is corrected to agree with the MOLA topography.