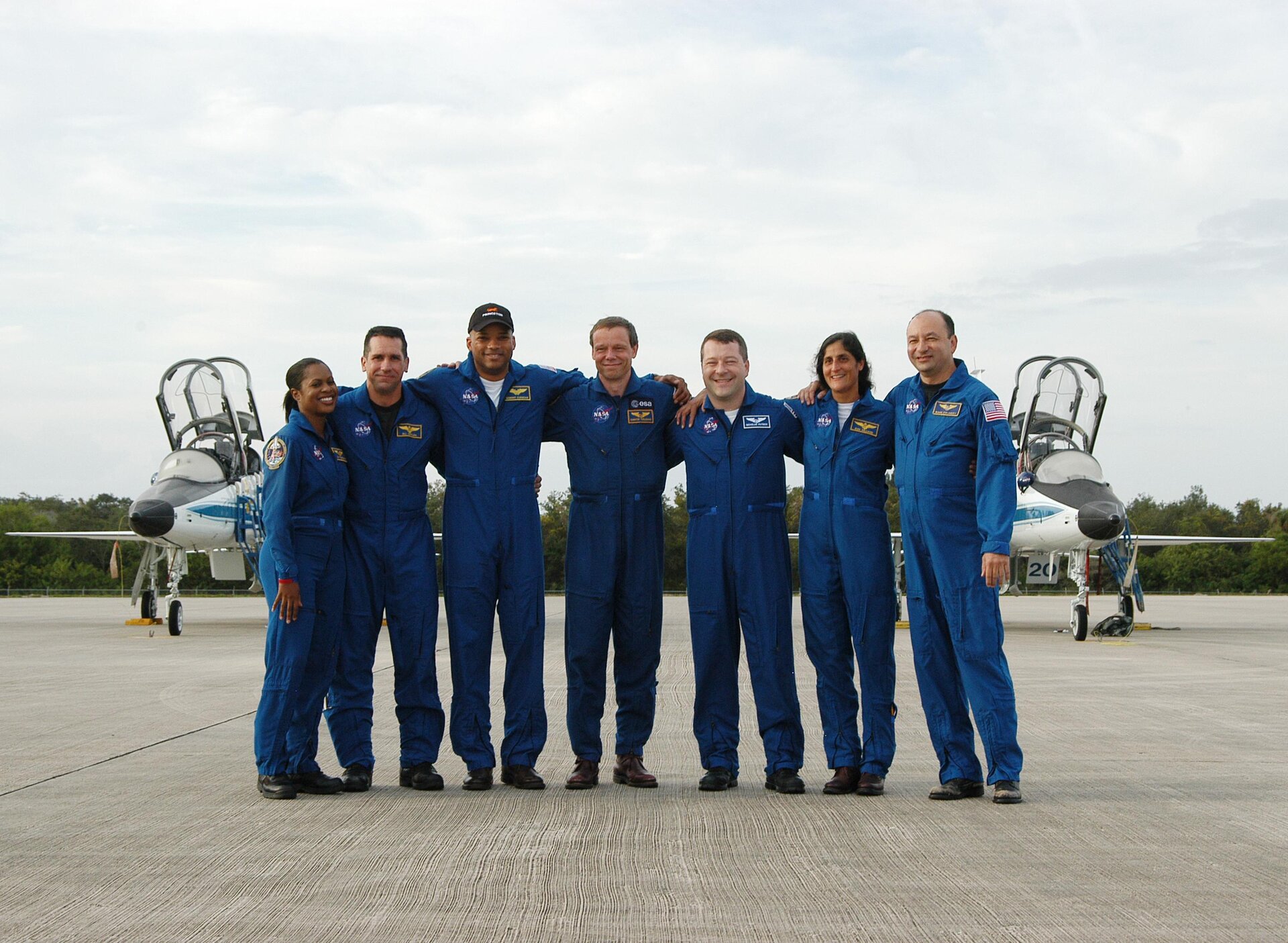 STS-116 crew arrive at KSC ahead of the launch

On 3 December 2006, the STS-116 crew arrived at NASA's Kennedy Space Center in Florida, where they'll begin final preparations for launch on 7 December. Flying T-38 trainer jets, the astronauts touched down on the Shuttle Landing Facility at about 16:00 local time.