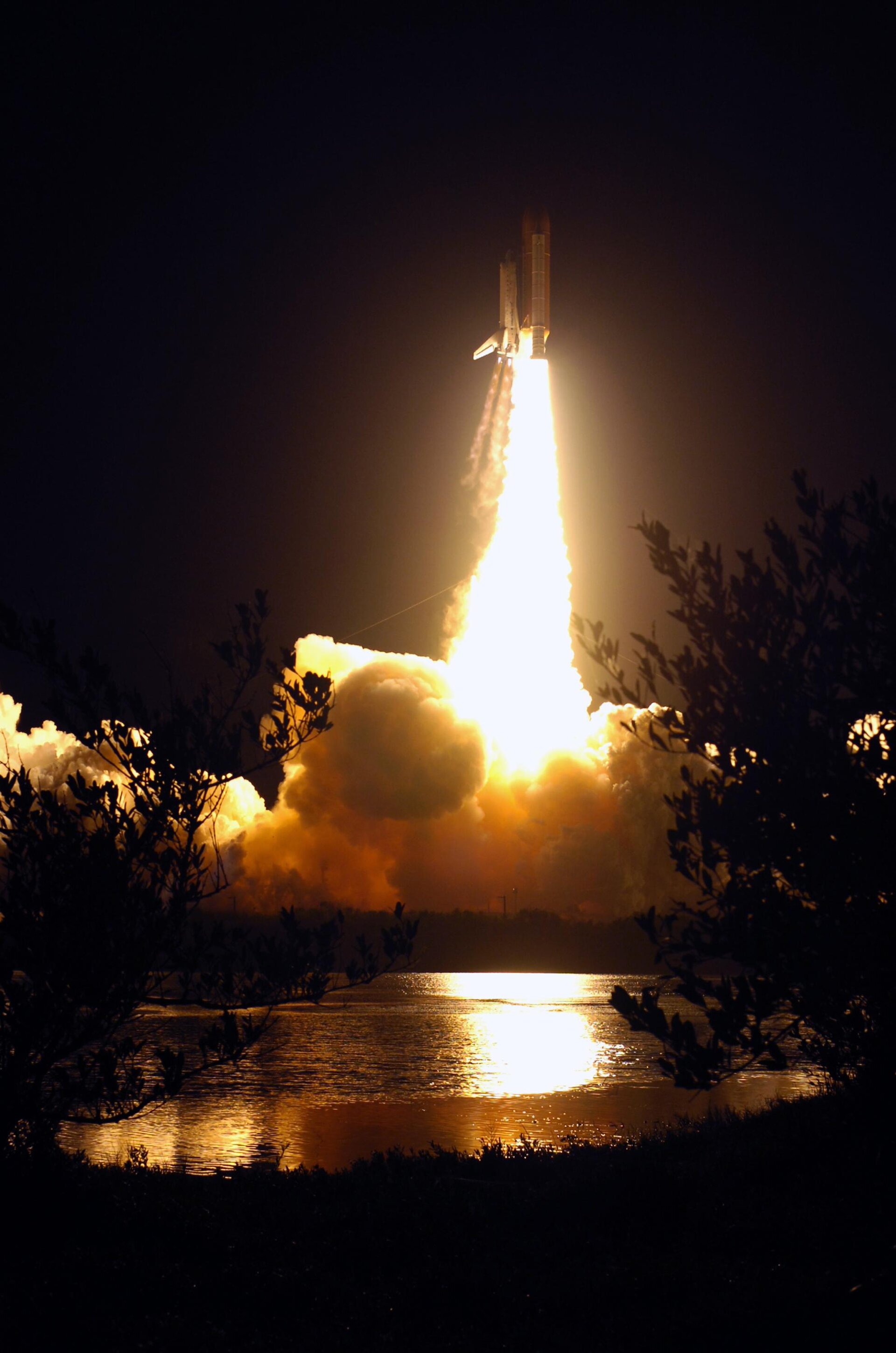 Space Shuttle Discovery soars away from the fiery clouds on Launch Pad 39B on mission STS-116. The light is captured in the nearby water. Liftoff occurred on time at 8:47 p.m. Florida time (02:47 CET). This was the second launch attempt of Discovery on mission STS-116. The first launch attempt on Dec. 7 was postponed due a low cloud ceiling over Kennedy Space Center.

This is Discovery's 33rd mission and the first night launch since 2003. The 20th shuttle mission to the International Space Station, STS-116 carries another truss segment, P5. It will serve as a spacer, mated to the P4 truss that was attached in September. After installing the P5, the crew will reconfigure and redistribute the power generated by two pairs of U.S. solar arrays. Landing is expected 21 December 2006 at KSC.